Kicking in like Bright Eyes on steroids, Pittsburgh’s Run, Forever make their mark instantly. The three piece is candid and honest, and even though those are perhaps the most overused epithets in modern alt. music, it’s about as succinct as it gets. Anthony Heubel shrieks sporadically and croons in his trembling tenor like a world-worn veteran. Two bursting songs tumble along heeding no one, and making no excuses; so far so good.

When Atlanta’s The Wild takeover for the second half of the split, things take a few missteps. It’s not a knock against the folksy five-piece, but a question of their material’s compatibility alongside Run, Forever’s. The sonic beating of the first two songs gives way to a significantly subtler sound; from 100 to 50 in a matter of seconds. And it’s not just a different sound; it’s a quieter sound, with softer production values and one hell less of a wallop.

The churning intro of the closer “To Be Content” rights the ship momentarily, but the rest of the song doesn’t live up to those few bars of snarling bass. As soon as the vocals enter it feels wrong somehow: disharmonious as a follow up to Run, Forever’s efforts.

The Wild present a refreshing sound, but the disparities between the split’s two halves take away from the achievements of either band. Perhaps different song choices or more cohesive production would bridge the gap between these two bands, but as it stands, it’s hard to see past the discord.

Check out the song: “Big Foot” 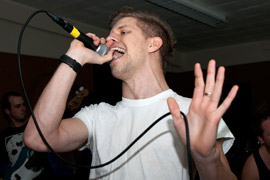 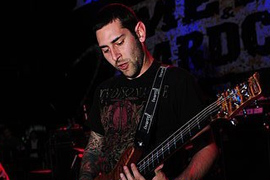 PureGrainAudio.com Presents: “Arsonists Get All The Girls guitarist Jaeson Bardoni’s Top 10 Albums of 2011”