Since Hellghast is virtually unknown outside of Singapore’s shores, this is most probably the first review on the Internet about their second full-length effort. Actually, they’re pretty much unknown even within Singapore herself. But hey! that is probably why they have such a gratifyingly underground flavor to them! I mean, they’re really just short of being buried under the ground with the degree of underground-ness to them. Try googling their name and watch how nothing turns up… NOTHING.

If you’re a fan of old school, filth-encrusted melodic death metal, this record will probably strike a chord with you. In fact, there is even a hint of some old Dissection influence in the guitar work. The somewhat lengthy, soaring and soulfully dark guitar solos heard throughout the record are evocative of the good old days of “Storm Of The Light’s Bane” and “The Somberlain”, minus the raspy vocals of course. This can be most clearly heard from the halfway mark of opening track, “The Trepidation Within”, which happens to be the catchiest number of them all (for me).

As if anticipating that the casual listener might get bored with the traditional onslaught of raw-sounding death metal, the band even made some space for a nice little respite in the form of a purely instrumental track called “A Dim Beneath The Dark”, which is so aptly named because of how it is a beautiful piece full of gentle acoustic guitar strumming and sorrowful violin playing; something quite unexpected from an unknown band from a relatively underdeveloped metal region of the world that is more well known for death metal with a strong emphasis on the brutality factor.

Hellghast are also so defiantly old school that most of their tracks on this album start off with the cliché introduction of some sound sample from some unknown film saying something cryptic or making some nearly unidentifiable noise. “The Trepidation Within”, “Into The Unknown”, “Hell And Ghastly” and “Kun Fayakun” all follow this pattern, and check out that oh-so-FWoBM church bell tolling that kicks off “Cancerous Devotion” as well! Makes me wonder if that is meant as an inside joke for any black metal appreciator listening to this record to grin at.

Check out the song: “The Trepidation Within” 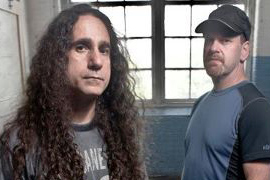 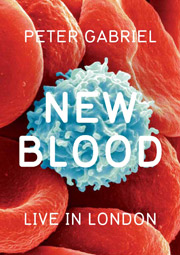