Still riding the high from meeting the beautiful Sharon Den Adel earlier that afternoon, I walked into Rams Head Live expecting a goth crowd… also a really large crowd. After all, Within Temptation is the Netherlands’ best export (besides tulips and cheese). I was pleasantly surprised – yes, the crowd was big, but there were people of all ages out to rock to some good ol’ European symphonic metal.

One of my biggest regrets was arriving late and therefore missing most of progressive band 3’s set. The last couple of songs I caught were definitely experimental, and vocals really caught my attention. Unfortunately, I don’t think the crowd reception was all that great – Within Temptation’s music is definitely more “palatable” in the sense that it’s less complex. 3’s song “Numbers” is something worth checking out.

Check out the song: “Numbers”

WIthin Temptation made a fabulous entrance, starting out with their first short movie, “Mother Maiden” – the perfect creepy, haunting start to a magical performance. They played a number of crowd favorites: “Faster, Ice Queen” (with some creatively added drum patterns), “Stand My Ground”, “The Howling”, “Angels” and even “What Have You Done Now”, which Sharon executed tremendously well without Keith Caputo (Life of Agony).

Sharon’s top-notch vocals and Martijn Spierenburg’s keyboarding were definitely the highlights of the show, in my opinion. Martijn’s work is what makes their music what it is, and it created the right atmosphere for the entire show, especially when he played in the background while mini-movies were being shown. Aside from musical embellishments, the band came across as really SIMPLE and down-to-earth, which I loved. Sharon was dressed in a simple yet elegant tube top with slacks and boots – none of those multiple wardrobe changes. Her interactions onstage with Robert Westerholt were also absolutely adorable; there’s a power couple for you.

They closed with an epic rendition of “Mother Earth” and “Stairway To The Skies”, after which all band members linked hands and bowed their way out, thanking everyone from their hearts. Thank YOU, Within Temptation, for not just a concert, but an experience.

Check out the song: “What Have You Done” (feat. Keith Caputo) 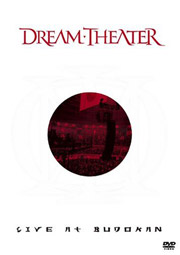 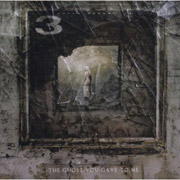