The Skinny: Fans would tell you that one of the most endearing things about Birmingham, Alabama’s Maylene And The Sons Of Disaster is that they’re genuinely one of those bands that can’t be pigeonholed. Are they Southern rock? Metal? Post-hardcore? The answer to all is, Sometimes.

“This record is all over the board,” admits frontman Dallas Taylor. “Some of the tracks are the most chaotic thing we’ve ever done, and there’s tripped-out songs. Some of the songs have parts that are the heaviest thing we’ve ever done, and then there are acoustic parts. It is a new Maylene, in a lot of ways, and truly our most focused album by far.”

Called ‘IV’, the album is a progressive, experimental melding of heavy rock, with elements of metal and even country. The songs are delivered with ferocious intensity, delivering infectious rhythms, imposing riffs, and Taylor’s vocals, that shift from smoky to nasty with ease. There’s even slide guitar on ‘IV’.

‘IV’ was produced by Brian Virtue and Rob Graves and is the band’s first record since a tour-ending accident in late 2009, after which the band nearly split up. The name of the
album keeps with Maylene’s tendency to christen their work with numerals, and follows the band’s well-received – both critically and commercially – 2009 offering, ‘III’. The LP
debuted in the Top 100 on Billboard’s albums sales chart.

Prizing: TWO (2) grand prize winners will receive an autographed copy of IV, a poster and sticker. Hurry up and sign up now to try winning this rad pack!

Check out the song: “In Dead We Dream” 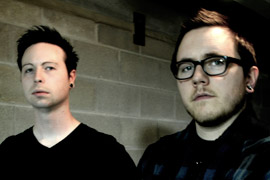 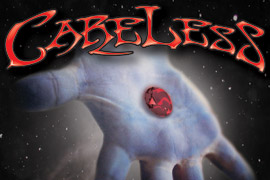 Careless – “Out Of Control” [Song Stream]