April 11th, 1981. If you’re old enough to have lived it, little would you have known that something magical was taking place that day that would still be going strong over 40 years later. The significance of that early spring day? It was the day that heavy metal masters Anthrax formed in Queens, New York City, when guitarists Scott Ian and Dan Lilker decided to form a band. To say that it’s been a hell of a ride since then would be a gross understatement. Some members have come and gone, but the group has remained a cornerstone of American heavy metal all along; just as relevant and influential now as they were in the 1980s.

In honour of their 40th anniversary this year, Anthrax has decided to do something special to commemorate the event. On Friday, July 16th, the band will be holding a very special live global streaming event. It will feature the group performing live, with a set list that will include both hits and several deep tracks that will be pulled from their entire, eleven-album catalogue. It really will be a party like no other, and will act as the perfect comeback gig to whet appetites for a full-fledged Anthrax tour that will hopefully be announced soon!

Be sure to also read/listen to our recent interview with Charlie Benante on the Z2 Anthrax Graphic Novel Among The Living, solo album Silver Linings, and Anthrax’s 40th Anniversary.

With July 16th rapidly approaching, we have conjured up a very special giveaway with the band to ensure that you don’t miss this once-in-a-lifetime event!

To celebrate Anthrax’s 40th anniversary, we are giving away 5 (five) free watch codes that will give you the opportunity to experience this exclusive live-streaming event!

Fill out the form below to enter, and be sure to follow V13 on social media for extra chances to win! 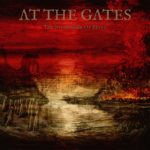 At The Gates – ‘The Nightmare of Being’ [Album Review] 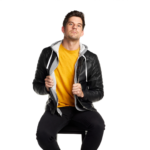