Kill Matilda has been going strong, touring hard across Canada getting their name out to the masses. Vocalist and guitarist Dusty Exner recently gave PureGrainAudio a bit of her time to talk about her Fender solid-state head. Read on to learn more about the sound you will hear on stage and on their new album, I Want Revenge.

What one piece of equipment do you use to obtain your signature sound?
Dusty: Believe it or not, I use a fender solid-state head without any foot switches or pedals at all. I just crank the drive that’s built in to the head and that gives me the crunchy, thrashy sound.

What about it makes it so important to you?
Dusty: It gives the right amount of heavy distorted crunch, but also the clarity and treble that’s so good for punk rock and for lead lines. To move between heavy, slow songs and fast, upbeat punk ones without using any pedals at all requires the perfect level of distortion, treble and bass. The settings I choose from the head give me a lot of variation without having to do a lot of changeovers during a set.

What are the major pros and cons?
Dusty: The biggest pro is the simplicity of being able to use the distortion that’s built into the head without having to use any extra gear or to change settings or tone mid-set. I’m terribly disorganized and I lose and break things on a regular basis, so keeping my gear needs as simple as possible allow me to be consistent with my sound and to always be prepared whenever setting up for a show. All I need are two patch cables, my guitar, and a tuning pedal and I’m ready to go.

The biggest cons are that the amp is a solid-state and sometimes the lack of tubes can seem very apparent. The sound just isn’t as rich as if it had tubes, although I’m not overly concerned with that. Furthermore, using such a simple set-up can sometimes make me feel a little bit amateurish compared to other guitarists. Although I have everything I need, I sometimes feel a little strange when I see other guitarists using several different kinds of pedals when I use so little. But it’s not for a lack of knowledge about different kinds of pedals and effects and what they offer; I just have a philosophy of only using what I need.

How long have you used this piece of equipment and would you ever change it?
Dusty: I’ve been using the same amp head since I started Kill Matilda and haven’t felt a need to upgrade, but if I were going to I would probably switch to a Mesaboogie triple rectified head… when I can afford such a swanky piece of equipment.

Any final thoughts or comments on the gear?
Dusty: It’s not what you have, it’s how you use it. 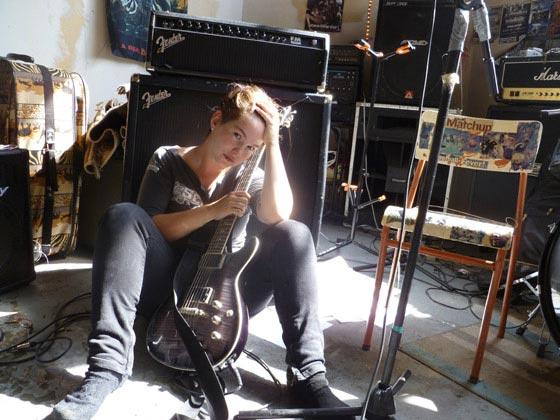 Check out the song: “She’s A Killer” 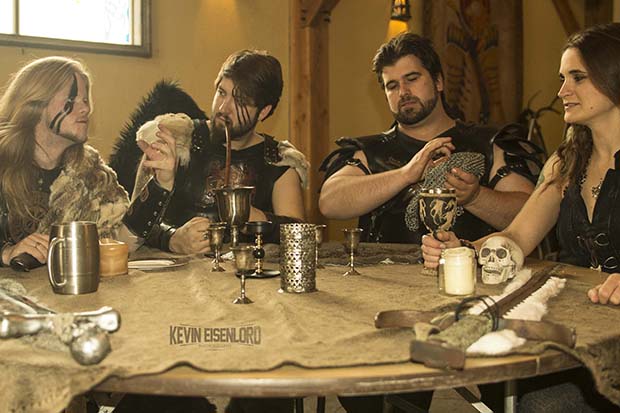 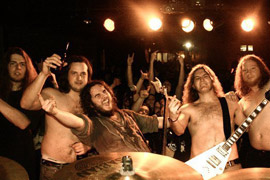