Vancouver’s own The Veer Union haven’t really taken five minutes for a break since the breakthrough success of their 2009 record Against The Grain. Even after months and months of touring and continued success the band has still found a way to record its follow up Divide The Blackened Sky set for release this Fall. In this interview with Veer Union lead singer Crispin Earl, we catch an early look at the new album and what we can expect of Divide The Blackened Sky. Crispin discusses the transition between a successful major label record into trying to record a worthy follow up as well as why the band chose to basically go it alone in recording its new album. We also got into how the song “Seasons” became the 2009 Stanley Cup Champion Pittsburgh Penguins theme song and how Crispin became involved in writing songs for of all people, Tommy Lee. Check out the Veer Union on tour in the coming months all over North America.

You sophomore CD, Divide The Blackened Sky, is due to be released soon. How do you feel about the album now as it’s about to be released?
Crispin: I feel great. We have all worked so hard on this record and put a lot of emotion and thought into it. I feel like it’s a progression, I think as an artist you always want to do your best to feel like you’re progressing and I think when people hear this new record they’re going to hear that there’s a progression that’s gone on and that’s exactly what the goal was.

Sophomore albums can be difficult for bands, especially after a successful debut. Did you feel any added pressure when you were recording this album because of the success you had with Against The Grain?
Crispin: You know what, that’s an interesting question, I haven’t been asked that question yet. No I didn’t really feel that. I was excited to get into the studio because we had so many fresh ideas flowing and as an artist if you start to think about charts and too much about the business in the creation process, that’s what can screw up the record for you. I really just wanted to focus on being creative and maybe pushing the band in directions that we hadn’t gone in before. I can definitely say that this is a much more rock record, it’s much heavier, it’s much darker. I think people are going to love this record, that’s truly how I feel, I don’t really feel the pressure.

What was the writing and recording like for the new record? At what point did you get serious about working on it after you finished touring behind Against The Grain?
Crispin: You know what I wouldn’t say it was after we finished. We were releasing our third single off of Against The Grain called “Darker Side Of Me” and we had already had three or four songs that were in the demo stages when we were still on tour. I was writing a lot on the bus and we were demoing on the bus so there were lots of ideas even before we had gotten home. 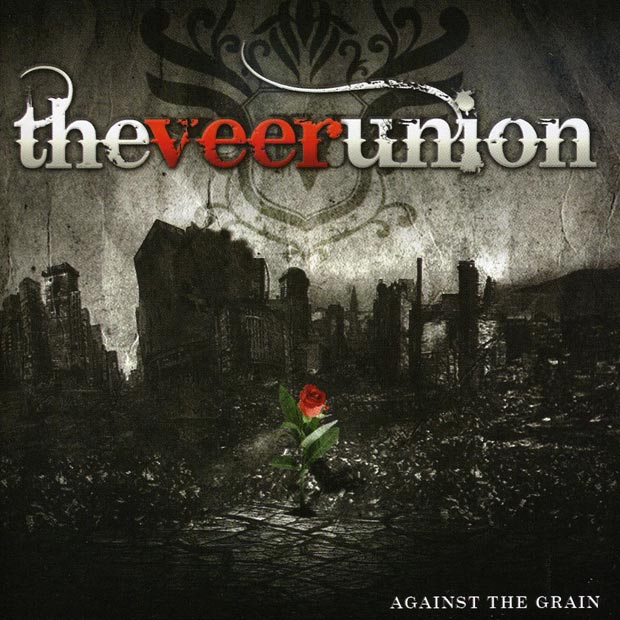 Divide The Blackened Sky can truly be considered an independent effort as the band, wrote, recorded and produced it all on your own. Why did you self-produce it rather than work with a big name?
Crispin: I think first and foremost, in the music industry right now people are getting further and further away of what art really is, about what a band is, what was cool about a band from the very beginning. I think that in some way we’re trying to do our best to achieve what is pure and write songs as a group or create art as a group. I think it’s a little depressing to think of all those people out there that are artists, when they get off the road they put in a phone call to a bunch of song writers and their record is already made for them and they just go into the studio and sing other people’s songs. That’s not why I started becoming an artist. So I think that we’re doing our best to try to show people what real art is about. This is the kind of music that we love to make and we feel proud of what we have made so I think that’s the biggest reason.

How many songs did you leave off of Divide The Blackened Sky that were actually recorded or at least close to being completed?
Crispin: That’s a good question because I don’t actually have the answer to that yet. At this point, I was asked this question the other day, “can you say Divide The Blackened Sky is finished?” And I said that no record is actually finished until it is wrapped in plastic and as our record is not wrapped in plastic yet I don’t know what’s going to be left off for sure at this point. I’m very close to being sure, but I won’t really know, for all I know I could be in the studio two weeks from now recording new songs, you just never know until that last day when it’s in the plastic. But I can tell you this much, there were at least forty or fifty songs written for this record.

Now you have a contest going where fans submit their own album cover artwork with the winner having their version appearing on the actual album cover. How did this idea come about?
Crispin: The band came up with this idea. We also thought it would be a very cool thing to have the fans involved. I always think it’s important because you’re nothing without your fans and we actually received a lot of very cool art. Because the record got pushed back we’re still open to receiving more cover art from fans.

“Seasons” ended up being used as sort of the theme song for the Pittsburgh Penguins as they went on to win the 2009 Stanley Cup. Do you have any idea how your song ended up becoming attached to the team?
Crispin: Actually I ended up talking to, I think it was the GM and he just said that he was a huge fan of the song and they had heard it on the radio and they just thought it was perfect for what they were trying to do. Anybody that can connect and attach themselves to the music it just makes it so worthwhile for the hard work that goes into making music so we were just very blessed that they caught onto it.

Check out the song: “Seasons”

I read that you contributed songs to one of Tommy Lee’s solo records. How much involvement did you have in the album and what was it like actually working with Tommy?
Crispin: You know I answered this question the other day as well. As far as my involvement, as far as the contribution, I had written, I wrote two songs for this record, I played guitar for the two songs and I sang a lot of melody and harmonies on the actual record. Now as far as meeting Tommy, I had never even met Tommy, most situations you don’t really meet an artist when you’re writing for them. I was good friends with Chad Krueger of Nickelback and he was working on Tommy Lee’s solo record, he called me from LA and he said “hey man, I’m working here with Tommy Lee” and Tommy Lee was in the background and he yelled out “love the songs man.” So that’s pretty much how it came about. I hope that I get to meet him one day and have a beer and talk about the whole situation but as of right now, no I haven’t gotten the chance to meet him.

What are your touring plans like? Where can we expect to see you in the near future?
Crispin: We will be touring all over Canada, all over America, one hundred percent. As of right now our plans are to release the first single November 1st for Divide The Blackened Sky. I actually just got off the phone with my booking agent talking about some plans for touring, we can’t wait to get back on the road so that’s one thing that we’re planning on doing as soon as we possibly can.

What about your more long-term plans? What can we expect from the Veer Union in the late Fall and into 2012?
Crispin: Well like I said we’re really excited about this new record Divide The Blackened Sky and we’re going to get out there and promote it the best we possibly can and hopefully our fans are going to dig it. We’re going to get out and tour our faces off and hopefully play the whole festival scene all Summer next year and we will be touring relentlessly with whatever is the most applicable band for us. We’re looking forward to seeing what opportunities present themselves.

So can we expect to see the band overseas in Europe and Asia?
Crispin: Anything is possible. Definitely we’re hoping so. Everything is open-ended for any band. You get asked questions all the time “when are you going to be back in our city?” And it’s like “well… as soon as we get back out on tour.” It’s just questions you can’t answer until you start, you essentially start up the car and you put it in first gear and you just keep on going, that’s how it works. Right now we’re just getting set up and getting the car started, that’s about all I can tell you. There’s been some confusion about what’s going on with the band with some people because Divide The Blackened Sky was supposed to come out in March or April of this year, but due to unforeseen circumstances we had to push the album back to the Fall. So we just wanted to get the word out right now that the record is coming out in the Fall and everything is fine with the band and we’re looking forward to releasing it and getting back out on the road with our fans.

Check out the song: “Youth Of Yesterday” 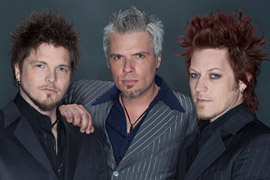