For a sophomore album, it doesn’t deviate from their first record. But we’re trying to ignore that point. And for a sophomore album, it doesn’t step into any new territory, not even a little bit, not even one iota. But – and you guessed it – we’re all trying really hard to ignore that point as well. And for a supervening record, what An Horse’s Walls does do, extremely well, is distil that transient feeling of separation; of foreign environments and familiar hopes. A dichotomy this Aussie duo has pinned down to perfection.

Every song on this album simmers with honesty, like some effervescent aura that they can’t keep down; that they can’t hide or obfuscate even a tiny bit. It’s twelve songs of Cooper’s heart on show, and Cox’s rhythmic structure holding her up, propping her for all to see. “Walls” is easily the album’s best song, but the snappier parts of “Trains and Tracks”, “Brain on a Table” and, in particular, the fierce closing of “Leave Me”, serve as the definitive peaks of the record.

But inevitably, Walls suffers because of its similarity to the fantastic debut of Rearrange Beds. It’s an uphill battle, and it’s one that even the binary chemistry of Cooper and Cox can’t compete with. So unfortunately, – even after that blissfully optimistic opening – for a sophomore album, what Walls does best is remind you how capable this duo truly is, and before you know it, you’re playing Rearrange Beds over and over again and remembering why these guys mattered in the first place.

Check out the song: “Dressed Sharply” 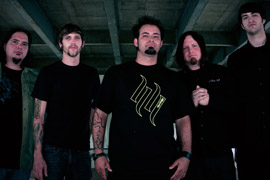 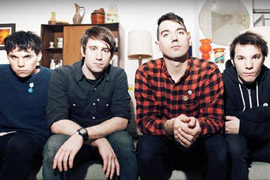