Finally, we’ve made it to Canada. After nearly two straight days of restless travel, we arrived in Toronto with barely enough time to enjoy our poutine before another few hours of travel. Our time table had us hitting the ground running, as we had to head to Scene Fest in St. Catharine’s not long after landing.

As if planned by some higher power who likes to see us suffer, our set was planned for shortly after midnight, which wouldn’t have seemed like such a big issue if we weren’t still miserably jet-lagged after nearly three weeks of touring in Europe. Since midnight here would be 6am in Europe, our brains were functioning as well as they could while mired in debilitating fatigue. 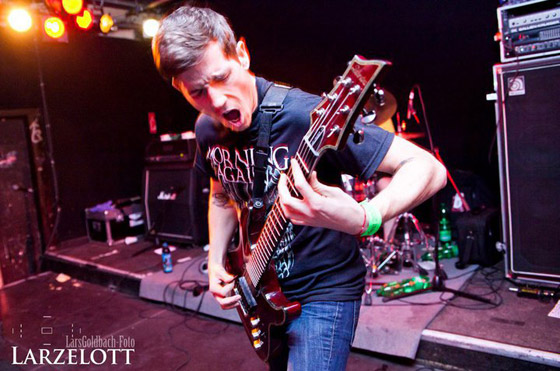 After getting the wrong address and driving nearly an hour in the opposite direction, we managed to recalibrate our bearings and arrived in St. Catherine’s shortly before 9pm, which meant we arrived shortly before the merch tent closed at 9:30pm. As bad luck would have it, the stage manager for our venue was willing to accommodate our situation and was willing to let us set up merch in the venue,. A nice gesture no doubt, until the venue itself was shut down at 10pm because of a fight. If it weren’t for bad luck, it would certainly seem like we had no luck at all. 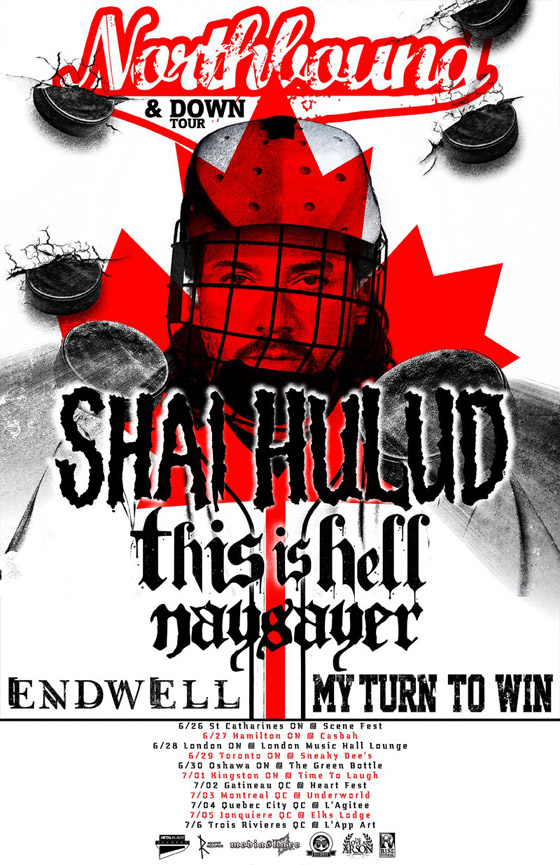 After reaching nearly max capacity for fatigue, we were ready to settle with finding a place to rest, cutting our losses, and calling it night. Our first “show” behind us, we are still excited about playing Canada, despite our initial tough luck. It’s an easy a transition to the comforts of an American life while still facing the risks of deportation and the difficulties of a foreign currency. With dates in London, Toronto, Montreal and others ahead of us, there is plenty of time for complete cultural immersion in the great white north, disposing with posers and hanging with hosers. – Tony Delmonego / Shai Hulud

“Northbound And Down” Tour Dates: