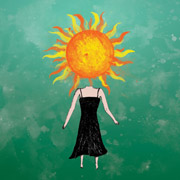 Apparently Simmons “found out that everyone was shallow”, and he’s not happy about it. Cue Balance and Composure’s debut full length, Separation. Initial impressions are that it’s an emotionally heavy album, bulkier and slower than many might have hoped. But most notably, evident in that first line of the album, the bitterness is palpable – and palpable might be an understatement.

Separation is a personal diatribe against everything that lead singer Simmons can pick a fight with. He’s melodramatic, bipolar and self-loathing; overbearing at times, but appropriately aggressive. And without a doubt, this is Balance’s best material to date. It’s mature, calculated and unapologetically direct. It builds and breaks while always growing as an album. It may take awhile to pick apart the many hooks and breakdowns, but once the effort is invested it all unravels at the listener’s feet.

“I Tore You Apart in My Head” stands as the record’s harshest track, while “Separation” is arguably the catchiest. “Stonehands” is the most touching, “Echo” the epitome of melancholy, and “Defeat the Low” the perfect cap. It’s an ambitious album, but it’s worth the time, devotion and patience required to appreciate it as the superb work that it truly is.

Check out the song “Quake”