Three years after the release of their debut album Make Your Mark, Vancouver’s Living With Lions are back, with a new bass player and singer, and new album Holy Shit. I’ve been looking forward to a new Living With Lions record since the first recording video diaries went up on YouTube over a year ago, and Holy Shit more than lives up to my expectations.

Holy Shit continues Living With Lions’ track record of great pop-punk songs, with solid sing a long choruses and infectious guitar. The song writing is great across all ten tracks on the record, although two tracks in the middle – lead single “Honesty, Honestly” and “Whatever You Want” – aren’t quite as good as the songs that surround them, they are far from bad.

When I heard the band had lost their original singer I was worried the chemistry that made them so great was gone too, but Holy Shit has proved that they’ve come together as a better band then ever. 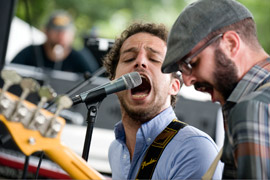 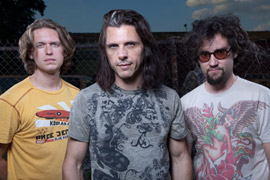