Fredrik Andersson, drummer for the death metal titans Amon Amarth, recently took a moment to answer some questions for PureGrainAudio. With the release of their latest studio record, Surtur Rising, Amon Amarth once again proves they’re a force to be reckoned with. This is the band’s 8th release and what I feel is their best offering yet. Surtur Rising is ten unbelievable, melodic death metal tracks that really showcase the band at the top of their game. Here’s what Andersson had to say.

The new Amon Amarth record Surtur Rising comes out next week. What can fans expect from this record?
Fredrik: 10 tracks of melodic, heavy, epic and brutal metal. We put our fastest and our heaviest song to date on this album, and everything in between so I think it got a little bit of everything!

Surtur Rising is now Amon Amarth’s eighth studio album. What is maybe different about this record as compared to your last album Twilight of the Thunder God?
Fredrik: I think we allowed ourselves to elaborate a little bit more than usual. We’re usually not the kind of guys who appreciates novelties, but I think with a little push from Jens we dared to experiment a little bit more than usual. When we started working on this album our goal was to make a more brutal album, a more “dangerous” album, I think we succeeded doing that to some extent, but some of the songs also turned out to be more melodic and some got heavier than we had thought.

What was the writing and recording process like for Surtur Rising? When did you start on the record and when did you complete it?
Fredrik: We started sometime in April/May last year maybe. I think it took us around 4 months to write the songs in the rehearsal room, but we also spent some time at home where everybody worked from home. All in all though it was a pretty fast album to write by our standards. We recorded it in two months in October-November last year.

The record contains ten tracks in total. How many songs did you write that weren’t included on the final version?
Fredrik: None. We always put everything we have – that becomes full songs – on the album. Everything else that doesn’t make it on the album we pretty much throw away.

On the iTunes edition of Surtur Rising you included a cover of the System of a Down track “Aerials.” Why did you decide to do a cover of this particular track?
Fredrik: We had a hard time decided which song should be the third cover, as we had decided to record three. The idea actually came when we were in Japan for a one off show at Loudpark in the middle of the recording process. One night we ended up at a karaoke bar and after a while that song came one and since we all know it – we have some history with that song as it nearly broke up the band at one point – we were all screaming it. By the time we came home we were like “Hey, why don’t we do that “Aerials” song the third cover, that’s the last thing anyone would expect from us and it’d be a challenge for us too.” So we did.

To produce the album you worked with the very talented Jens Bogren. How did Jens come to be involved in producing this record?
Fredrik: We had talked about using a new producer for this album, but when we had a meeting with Jens before starting working on the album he shared the same goal as we did and shoved his usual dedication to the band, so we decided to go with him. We’d rather have someone who is passionate in his work than someone who’s just interested in getting the check for a job done.

You’re about to set out on a massive world tour called “The Ugly World Tour” 2011 with Children of Bodom, Ensiferum and Machinae Supremacy. How did this tour come together? Did you personally ask these bands to join you?
Fredrik: Well, no. The “Ugly World Tour” is Children of Bodom’s, we’re only part of the UK leg of that tour. We were asked to join the tour for that part and agreed.

At the end of 2009 the band played its first ever show in India, headlining the Deccan Rock Festival. What was it like playing in India for the first time? Did you find that there are a lot of Indian Amon Amarth fans?
Fredrik: Wherever there are metal fans, there are Amon Amarth fans! But in places like India I think they’re still starved for metal shows so they tend to be very appreciative of pretty much anyone coming their way. It was an incredible experience for us and we’d love to go there again.

Next year will mark the twenty year anniversary of the formation of Amon Amarth as a band. Do you have anything planned to commemorate the anniversary?
Fredrik: We’re going to try to pull off a festival tour in Europe where we’ll bring the biggest production we’ve ever had with us and make it something special. Nothing confirmed yet though.

Now that you’ve released eight albums, is there one in particular that you look back on as the band’s best work?
Fredrik: Up until now I’ve always said The Crusher was my personal favorite album, but now I actually have to go cliché and state that Surtur Rising is the best we’ve ever done.

What’s next for Amon Amarth? What are your plans like for the Summer and beyond?
Fredrik: During June and July we’re only doing one exclusive show at Tuska Open Air in Finland and hopefully in August we’ll be able to return to North America for a more complete tour than the short stop we’re doing in April/May. 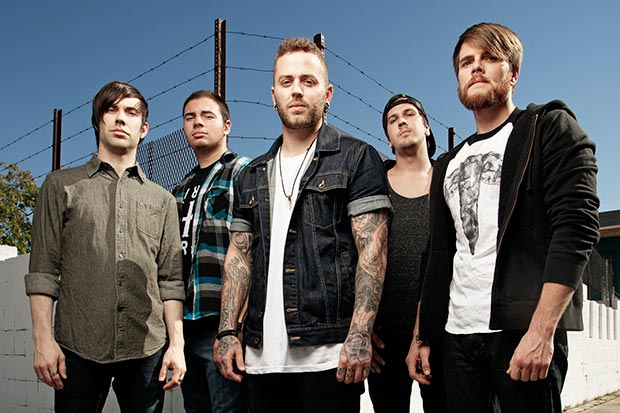 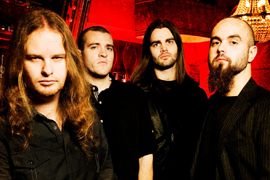