Orlando based rock band Fireflight recently released their latest disc, For Those Who Wait. This new release was mixed by engineer extraordinaire Ben Grosse and is nothing less than a phenomenal sounding album. The CD combines great songwriting and a brilliant production with hooks so catchy you will not be unable to get them out of your head until long after the player has stopped. I was able sit down recently with singer Dawn Michelle and guitarist Justin Cox before their show at Kingsfest 2010 in Richmond, VA. Here is what Dawn and Justin had to say.

How is the tour going so far?
Justin: It is going well. We are doing festivals right now, it is very, very hot and we are having to remember to drink a lot of water. But things have been fun so far.

Have you been getting a good audience response?
Dawn Yes.

You still have about another month of this tour correct?
Justin: No this goes into September. The festivals end about halfway through September; I think September 11th is the last date until we start our fall shows.

So you are planning on continuing to be on the rod in support of the record?
Dawn Yes we are going to be doing a fall tour beginning in the end of September and running through the first week of November.

Your new CD, For Those Who Wait, was released in February. Now that you have had some time to live with it, how do you feel about it and are you satisfied with the outcome?
Dawn We are really excited about it. From the very beginning we have been getting a great response from the fans and people are talking about how the songs are impacting their lives. That is what we really want to hear and so we are really excited with how it is going.

When I was listening to the disc last night I noticed your lyrics deal with some really intense subject matter, especially on songs like “Core Of My Addiction” and “Desperate.” Where did the inspiration for these songs come from?
Dawn I think we draw most of our inspiration from our own lives and the lives of our friends and families… even our fans. This album actually is drawn from fans more than any other album we have done before. Those songs come from just being in those moments of feeling like you just have no place to turn, you are crying out to God and you just don’t understand why. Sometimes you can even get angry with God, wonder why you are here and why is he letting this happen. It is those moments that are the turning points in our lives and they are the building blocks of character. So basically it comes from the things that we are going through and the thing that we see our friends and our fans going through as well.

Have you had a positive response to the disc so far?
Dawn Yes, we answer all of our messages on MySpace and we get tons of letters from people talking about what they are going through right now and how the songs are helping them or how they went through something in the past and the songs have helped them overcome.

That is kind of cool.
Dawn Yeah it is really neat.

So you get to see the impact your songs are having on people first hand then?
Dawn As we continue to tour on this album we are seeing more and more the crowds are singing the words. You can see people’s faces from the stage and yesterday during “For Those Who Wait” I noticed a little girl who was so excited about it and she was wearing a Fireflight shirt. But noticed her mother was in tears during the chorus and I saw that and it greatly impacted me because I felt like surely God is working through this music and we are using the the things that we have gone through to build us up but also working it through the music to help out other people too and that is the most fulfilling thing.

What was the writing process like for this disc? Did you all write together?
Justin: We do kind of all write together. I mean Dawn and I usually write the lyrics. Every time we try to write a record everything just kind of falls apart. I think this is kind of good in a sense because we also wait till the last minute to write everything so it is really relevant to us and the subject matter is something we can become really passionate about and really wrap our minds around because we are experiencing it right then. Everybody in the band contributes their parts and I think that is another reason our music is so interesting to some people. You have Glenn and I on guitars we listen to a lot of eighties metal hair bands, Dawn who grew up listening to country music our drummer who listens to progressive Dream Theater stuff and Wendy grew up listening strictly to Sandy Patty and old school Christian stuff. When you finally get a stage where you can do this for a living you think if I wanted to hear good music what would it sound like and then you just make that.

Do you guys think about distinguishing sounds and performances from release to release?
Justin: Not really, we don’t like set out for a specific thing. I think our biggest goal for this one and it is something we told our producer was to make it bigger, thicker and meaner.

I noticed that you had Ben Gross mix the single for this record. He is a very well known engineer.
Dawn We were really excited about that.

Justin: He mixed “For Those Who Wait” and his assistant did the rest. It was a cool situation because we could not afford to have Ben Grosse do the whole thing but we just love his stuff and his sounds are just huge. So we just worked out a deal where he said “my assistant is really good and he can use my stuff so go for it.” His assistant’s name is Paul and he did a great job.

Are there any tracks on the disc that are personal favorites or that have good stories behind them?
Dawn They all have stories. I know there is one that means a lot to the band. Like I said before this record is a lot more influenced by stories from our fans and we have a song that is probably the most stripped down, simple song we have ever written and it tells the story of two different people we have met. One story is about a little baby named Jack and he was born to parents of friends of ours, who didn’t go to church or anything like that and they had been trying for a long time to have a child and they were finally able to conceive. The baby was born about 3 months early and the doctors didn’t give it much of a chance of it even being born alive let alone survive.

Our friend saw this and really wanted to try and encourage them and help them to believe God could make a difference and heal this baby. So they took one of our songs from the disc Unbreakable called “Wrapped In Your Arms” and she made a slideshow of the baby from the day that it was born and pictures of the little footprint next to a quarter and they were the same size. There was also some narrative in there that said, “I am baby Jack. I love my parents so much. The doctors aren’t giving me much hope right now but I believe I am going home.”

She sent us the video because she used our song and it was gut wrenching to watch. Before we knew it she put it on YouTube to raise money to help pay for the baby’s health care and now almost 2 years later the baby is a healthy happy bouncing baby boy. The couple started coming to my church and I got to hold the baby and meet them and they told us what and impact the song had on their lives.

Justin: The second song is about a woman who came to one of our shows and her husband was a firefighter and public speaker kind of guy. They got a call and on the way there he fell off of a ladder truck and went into a coma. She was taking over his speaking engagements and bills and what not. She went onto iTunes and the little genius thing said if you like this you will probably like “Unbreakable.” So she started listening to the song and it became her anthem for making it through everything. She came to a show and told us her story and gave us a ton of money towards helping us with our bus. The song is called, “Name” and the idea behind it is that God knows you, sees you and knows your name regardless of whether you are an infant just trying to live or a man just trying to survive.

You guy have released two previous discs and were nominated for a Dove Award for 2009 artist of the year. Did you find that put extra pressure on you when you were writing and recording For Those Who Wait at all?
Justin: It was pretty stressful. Think about it… when any band comes out with a song… Def Leppard for example. When “Pour Some Sugar on Me” came out people were wondering how they were going to top that. For us “Unbreakable” was a big song and we did not know how we were going to top that. The first thing is to not try to top it… just try to make another great record with songs that people like. I have found with that approach that it allows me to be free from the stress of living up to that.

Dawn It was very daunting to us because the success of “Unbreakable” was a miracle and how were we going to recreate a miracle’ we couldn’t. All we can do is be honest and write what God is telling us and as long as we do that then God will get the message out to the people who need it.

You guys do quite a bit of roadwork. How do you prepare for the physical demands of a tour?
Justin: My workout is every night up on stage and when I am home I run a lot because I would literally die if I don’t do some sort of exercise.

Do you find the rigors of touring taking a toll on you?
Dawn I feel like it is easier to get sore. The first day back after being off for a while is always pretty rough.

Justin: You just kind of get used to it and you get into a groove.

Any closing words?
Justin: I would say if have not checked out the new CD, please do so. If you can’t find it in the stores tell them you want them to order it and visit us at fireflightrock.com.

Dawn Come say hi at our MySpace page. We answer all of our messages.  [ END ] 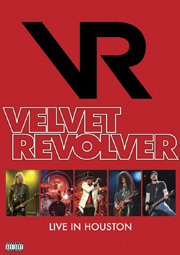 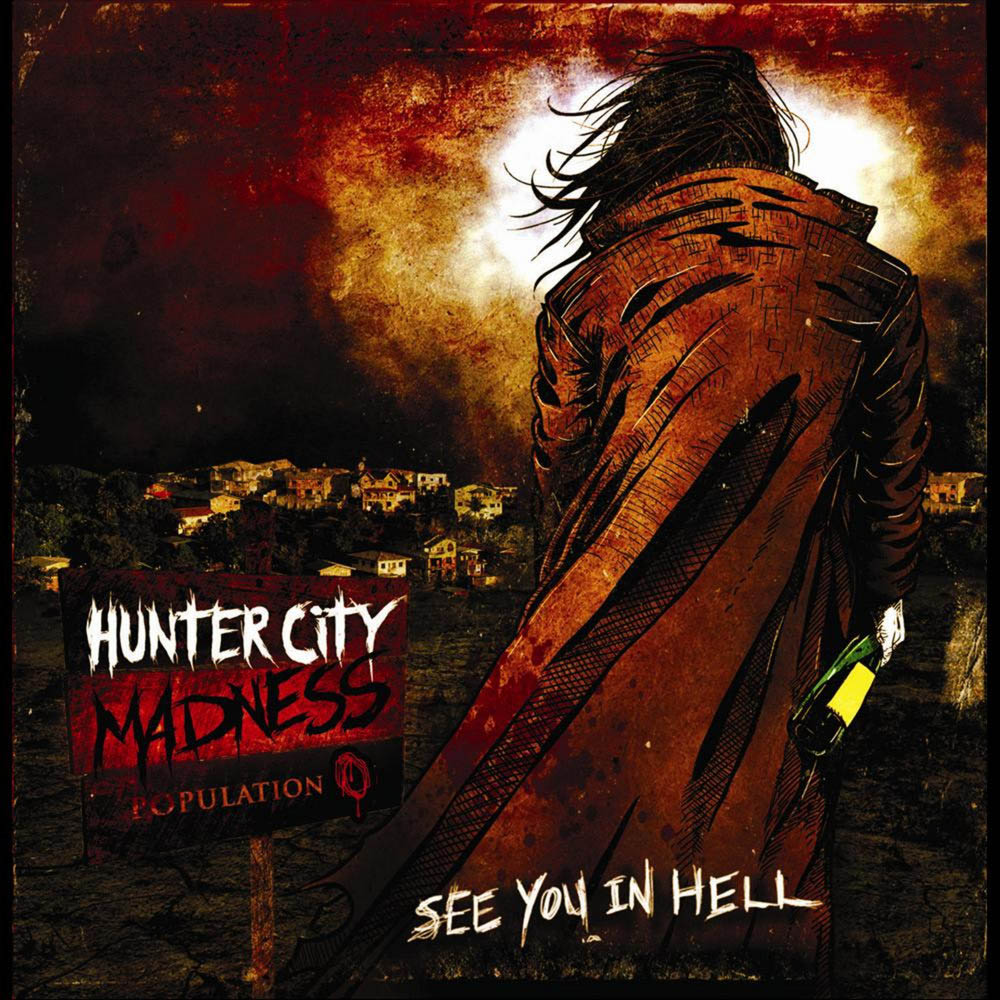