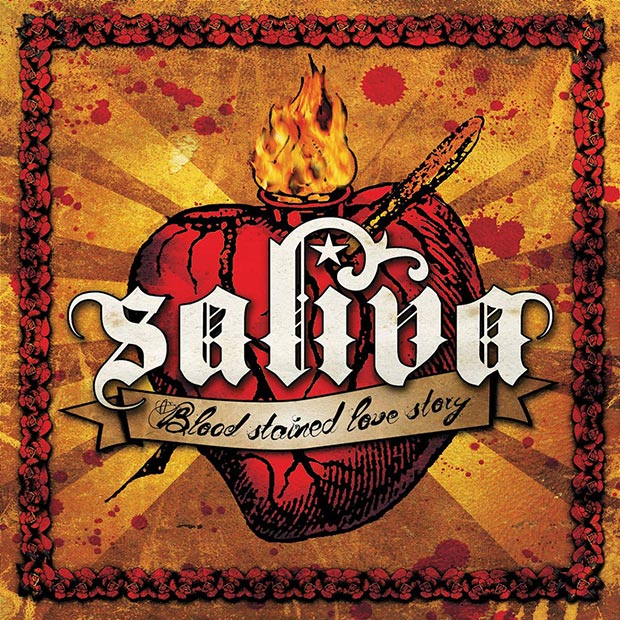 Saliva are one of those bands that seem to hang around popular rock music without stirring any particular success. They produce a few “middle of the road” singles and their albums consist of “filler”. When I saw the stereotypical title of this album, I cringed, but decided to let the music talk instead of listening to my presumptions.

First song “Ladies & Gentlemen” has a few nice riffs but is sincerely mediocre, thanks to some poor megaphone shouting and unnecessary guitar effects. “Broken Sunday” gives the listener a false sense of hope with it’s catchy chorus. However, track 3’s “Never Gonna Change” puts the listener back in their place and the song must be in contention for the most mainstream, stereotypical lyrics ever; “Just as sure as the sky is blue, and the ocean too’” is just one example of mediocre lyrics. “Never Gonna Change” is a poor attempt at a slower tempo song and it’s clear that Saliva should steer clear of songs like this and stick to what they do best, writing catchy post-grunge songs.

“King Of The Stereo” again induces some catchy choruses and is quite enjoyable. However, lyrics disappoint and unfortunately it doesn’t seem as if Saliva were born natural poets. By the time you reach track 5 you feel you’ve discovered what Saliva’s game is. Verses seem to be slow with just Josey singing or rapping which then leads to a “massive” sounding chorus with vocal harmonies. This seems to happen twice per song, followed by a predictable, but still enjoyable solo, then completed by a final chorus.

“Going Under” is next and with a short piano intro, you prepare yourself for another poor Saliva attempt at a sentimental song. Don’t get me wrong, this album is an ok listen, but there’s a problem. There’s no stand out songs, nothing that is going to make you think “wow that sounds different”, or “wow that sounds brilliant!” “Twister”, the following track, catches you by surprise. Although not lyrical genius, Josey does seem to create catchy melodies with his voice and Saliva fans will scream this great chorus back at the band at gigs. A neat quiet bridge compliments the song too and will bring listeners back to the song time and time again.

Although, more irrelevant vocal effects in the verses of “Black Sheep” it’s a bit more heavier and has a great few riffs and again will be a great hit for the moshers at gigs, definitely a song to get the crowd going. “Starting Over” is the penultimate song and totally sucks the power out of what is a promising part of the album. After the let down, you hope for the last song to give Saliva some future promise. Unfortunately it was just another soppy let down.

Saliva are a truely infuriating band! Songs such as “Twister” and “Broken Sunday” prove that Saliva can write great songs. However, the often poor lyrics and ineffective vocal and guitar effects, means that Saliva, in my eyes, will never be a critically acclaimed band. After hearing a few great songs before hearing this album, this is quite a let down. If you like to have easy to listen to songs, then this is the perfect album for you, just don’t expect to be listening to it years later.  [ END ]