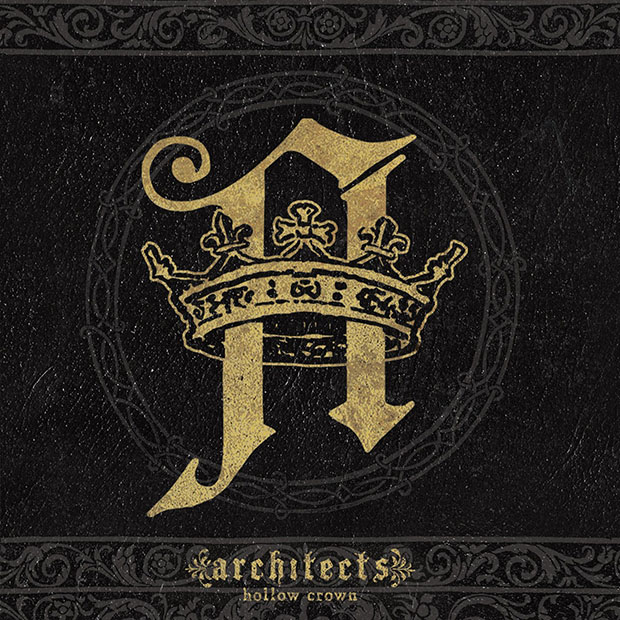 Funny how, only a few weeks ago while reviewing the latest from Straight Reads The Line, I was remarking how metalcore has seemed rather stagnant to me as a genre of late. That SRTL record was a pretty good refresher course as to what a quality metalcore record is supposed to feel like. Low and behold, the next one I spin for a significant listen is Architects’ Hollow Crown, and it has much the same effect, albeit far more intense. Can Distort Records do no wrong?

As a whole, Hollow Crown offers a perfect hybrid of driving melodies and bursts of chaotic, off-time technical prowess. Vocalist Sam Carter picked up a bit of flack in reviews of the band’s previous effort, Ruin, but anyone crying the same thing this time out is raving mad. His performance is splendid – a great mix of intense, backbreaking screaming combined with some surprisingly fitting clean vocals spiced in every so often. The big picture here is a record that falls somewhere in between Norma Jean’s simple-but-crushing mannerisms and Dillinger Escape Plan’s crossed-wire chaos.

“Early Grave” is crushingly heavy throughout, until a brilliant Hopesfall-like shimming bridge that kicks into a monstrous breakdown – a great example of the many times the band employs the right amount of everything that makes heavy music great at the right time. “Dethroned” features passages that could’ve been lifted right off of DEP’s Calculating Infinity, yet they fit in here without any ridges at all. Well done, lads.

The end of “Numbers Count For Nothing” shows patience in building up a song to an intense finish, not overdoing the aggression one bit. The ending of “Follow The Water” bears resemblance to Thrice, both vocally and in its sludgy-but-spacey riffing, while “Left With A Last Minute” hosts one of the records many effective breakdowns. The last song is a departure from the band’s crushing and dissonant sound, comprised mostly of Carter’s sung vocals until its explosive finish that caps off the album quite nicely.

What’s left to say other than to regurgitate some praise for what Architects have done here? This is a great metalcore release and is already a steady contender for my imaginary year-end list.  [ END ]