The Skinny: F5 is a heavy metal band based out of Phoenix, Arizona which features Megadeth bassist Dave Ellefson and ex-Megadeth drummer Jimmy DeGrasso. Founded in 2003, F5 quickly realized their mission to be heavy, but always melodic. With the creative flood gates wide open the group eagerly wrote scores of new songs and recorded their debut album A Drug For All Seasons with producer Ryan Greene, who is recognized for working with bands like Megadeth, Bad Religion, and NOFX. In 2008, F5 finished their highly anticipated second album and enlisted the talents of veteran drummer Jimmy DeGrasso to round out the new recording and touring lineup. With producer Ryan Greene at the helm, the band’s new album The Reckoning was released in 2008 via OarFin Distribution (Koch). Source: Wikipedia. 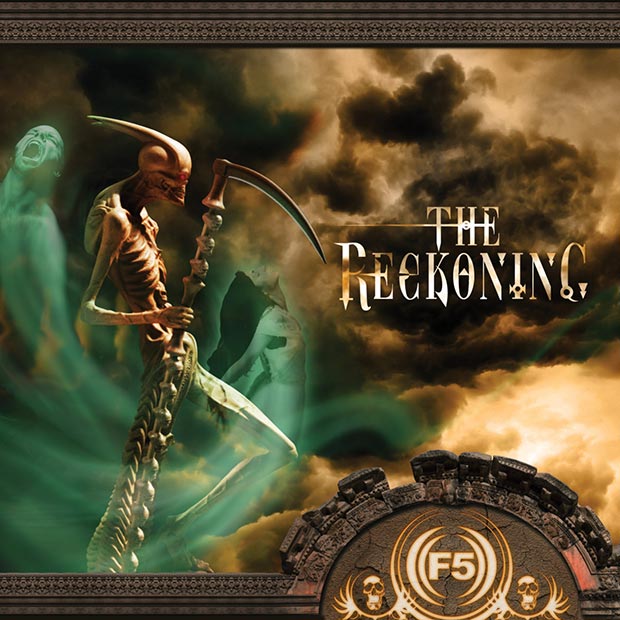