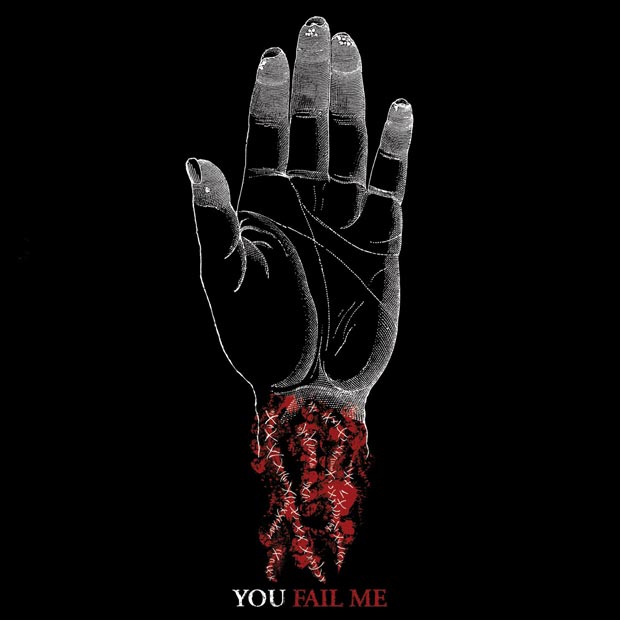 The latest instalment from this Boston bred hardcore band is also their most original. Following an outstanding Jane Doe (2002), You Fail Me is an album that fans of all things hardcore should look into. Originally a 5-piece band, Converge recorded this CD with four members. However, even though they lack a second guitar player, the music doesn’t feel any weaker.

Starting out with a calm, lone guitar intro “First Light” from Kurt Ballou, it immediately shows the bands ability to transform misery into music. The whole band then kicks into a forceful first song, aptly titled “Last Light”, chock-full of explosive drum polyrhythms and simple, yet effective guitar blasts.

The following few tracks are full-on, aggressive assaults; “Black Cloud”, “Drop Out”, “Hope Street” and “Heartless” are non-stop, breakdown filled songs, with amazing drumming delivered by Ben Koller. Grind-core influences poke through in these songs, and the transitions from breakdown to breakdown will astonish any fan of the genre. The guitar riffs brought on by Kurt Ballou are both powerful and effective, and although they are very hard-hitting, they come off as catchy as well. (The ending of “Drop Out”, for example, stays in your head long after the track is finished).

The simplest, most repetitive track on the album is the title song, “You Fail Me”. Starting out with a driving guitar riff, consisting of only one note, the song delivers vigorous lyrics from lead singer Jacob Bannon; “You fail me as love’s greatest war/That was never worth/You were never worth fighting for.” The song then kicks into a cyclic yet distinctive pattern of guitar chords, ditching the hardcore design of the previous tracks. Lasting for 5 minutes, this track is definitely a change of pace, but not as big of a change as the following acoustic piece, “In Her Shadow”. Obviously supposed to be dark and emotive, it instead comes off as annoying and pretentious. It slows down the dynamic feel of the album, and is the weakest song of the bunch. However, the hardcore atmosphere kicks right back in, with “Eagles Become Vultures” and “Death King”, two of the strongest tracks. The album comes to an end with “In Her Blood” and “Hanging Moon” (which ends so abruptly that your heart might skip a beat).

Running just under 35 minutes, You Fail Me takes listeners on a heart-wrenching, poignant journey that few bands these days are able to deliver. Although one might argue that the vocals are annoying or too hard to understand, that’s hardcore; screaming your lungs out to get your point across. Definitely worth listening to if you are a fan of the genre.  [ END ]