Grammy-nominated rapper, singer, songwriter and record producer Logic returns with his eighth studio album, yet notably his debut as an independent artist. Following a 10-year stint with Def Jam Records, Logic has taken a leap to the independent side and partnered with BMG to release College Park, due February 24, 2023. The first single, “Wake Up,” is available for streaming and purchase today across all platforms.

College Park represents his journey to date and simultaneously celebrates a new beginning. The album title is a nod to the town in Maryland where he spent a year sleeping on a couch in his friend Big Lenbo’s basement, waking up every morning to write and record raps. Logic weaves through an autobiographical tale in College Park, as he chronicles a day of his life in 2011, that peaks with his first-ever live performance in Washington D.C.

This project represents a rebirth of sorts for the accomplished rapper. Through a diverse range of hip-hop and scripted scenes, Logic reflects on his life and career to date, interlaced with the subtexts of starting a new chapter. From sleeping on couches to headlining arenas, this album is not only a look back on his trajectory, but also a commentary on what comes with success. He is joined by an impressive range of features including: Norah Jones, Seth MacFarlane, Joey Bada$$, RZA, Statik Selektah, Redman, Fat Trel and Bun B.

Logic (born Sir Robert Bryson Hall II) first gained widespread recognition with the release of his mixtape “Young Sinatra: Welcome to Forever” in 2013. He soon signed to Def Jam Records, where he spent the next decade accumulating dozens of gold and platinum certifications, two Grammy Award Nominations, and more than eight billion streams. 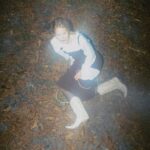