Award-winning artist and producer Kardinal Offishall has been appointed as Global A&R for iconic record label Def Jam, and will be working directly with CEO Tuni Balogun and EVP LaTrice Burnette. In his new groundbreaking role, he will sign and help elevate talent from around the world.

Commenting about working for the most-followed major label on all major social media platforms that has expanded to include labels in the UK, France, Africa, India and Southeast Asia, the respected music executive and multi-platinum selling artist states:

Kardinal Offishall became a staple in the international music scene in the late 2000s with features on hit records such as Akon’s “Beautiful,” Lady Gaga’s “Just Dance,” and his own single “Dangerous” which scorched the Billboard Hot 100 charts and peaked in the Top 5, making him the first rapper from Canada to do so.

Over the last decade, Kardinal diversified his portfolio by adding Executive to his Rapper, Producer and Philanthropist repertoire. Outside of his role finding and signing the global stars of today and tomorrow, Kardinal is also a judge on Canada’s Got Talent, the world’s greatest talent competition and global talent show brand. Last year the show became Citytv’s biggest original series of the past decade, attracting about 1.4 million viewers per episode.

“Big up to Tunji, LaTrice, Eric Hutcherson, Michelle Anthony, Sir Lucian and the entire UMG family who helped make this happen. I will physically be in the US and across the globe on a regular basis, as per usual, but Toronto will always be home. Been working…and I can’t wait for y’all to see what we have cooking. Rocking wit’ the winning team!” 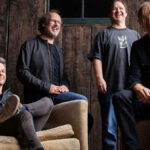 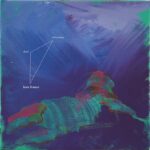