Fenner explains, “The term ‘dead reckoning,’ apart from it signifying in this case just what it sounds like, is a navigational strategy to recalculate your position by estimating the direction, the drift, and the distance you’ve traveled.”

She goes on, “When my friend Mike was dying in December of 2019, I came across an Amy Hempel poem about the failure of language when faced with things like death— ”

At the end, I wanted to comfort him.
But what I said was, Sing to it. The
Arab proverb: When danger approaches, sing to it.

Fenner shares, “I’m left with love as the only defense—loving people and letting them know they were loved by you. ‘Dead Reckoning’ really is a reckoning during a period of seemingly endless loss and an attempt to determine a ‘way of living that is not waiting,’ as I recently heard poet Jorie Graham say in an interview. Singing is my way of loving, loving even danger. Here I sing to my friends, my parents; their ghosts; and to you. I hope you can hear it.”

Presently based in New York City, Fenner’s music is defined by her voice, which conjures up suggestions of Joni Mitchell. Listeners can identify the evolution of her sound and her voice on her three previous albums, beginning with Horses And Burning Cars, followed by Magnet, and 2017’s Middle Voice.

Dead Reckoning will be released on January 15 and encompasses 11 tracks, starting with “My River,” a gentle, drifting song suffused with melancholy and Fenner’s evocative vibrato.

With its Liz Phair-like alt-rock savours, “That Fire” juxtaposes Fenner’s deftly modulated vocals with gleaming, growling guitars, giving the tune a luscious sliding motion. The bluesy, doo-wop character of “Son of a Gun” appends the album with retro ’50s and ’60s tangs. 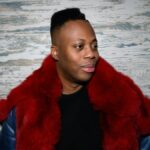 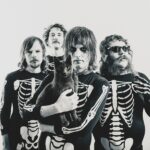 The Dahmers’ New Track “Black Widow” Has Some Serious Bite