Folk singer-songwriter Haley Harkin is excited to announce the release of her new album, To Heal Her Too, the long-awaited follow-up to her 2021 album To Heal Her. The album, which will be available precisely one year after the release of its predecessor on January 6th, fearlessly explores the outward experience of self-reflection and the pursuit of finding ways to serve the world, earth, and humanity.

Just as its precursor delivered a stunning showcase of vulnerability, To Heal Her Too delves into the pain of being human, while also finding hope and resilience in the face of suffering. Harkin caresses her raw lyricism in a comforting acoustic warmth, creating a playful and whimsical touch with instruments like triangles, tambourines, and conga drums, inspiring a lively and energetic feel. The simplicity of her arrangements allows the music’s inherent beauty to shine through with an unfiltered brilliance and draws a resemblance to artists like Rising Appalachia, Watchouse, and Ayla Nereo.

Harkin is proud to present some of her favourite songs on this new album, including “I Am The Key” and “Teacher,” which were produced by Vince Cimo, a well-known producer for Ayla Nereo. “Creating an album is an act of self discovery,” says Harkin. “I get to know myself, the songs, and the creative channel more and more. I am really happy with how it turned out, some of my favorite songs are on this album.”

Harkin will be celebrating the release of To Heal Her Too with an album release party at Wolverine Farms in Fort Collins on January 7th. She invites all fans to come and celebrate this exciting new release, which touches on themes of nature, Mother Earth, and the connection to nature. 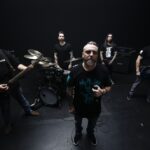 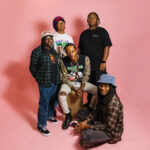