Grammy-nominated rapper, Future, has announced tour dates to jump-start your 2023. The “One Big Party” tour will kick things off on January 7th in Houston and will also make stops in Charlotte, Atlanta, Chicago, and D.C., before wrapping up on January 27th in Boston.

Future has yet to announce who his friends will be, but we know the guest appearances won’t disappoint.  Check out Future’s announcement on Twitter below:

ShowTime. I’m ready To bring ONE BIG PARTY too your city! PLUTO pic.twitter.com/TO3Updibix

Future’s latest album, I Never Liked You, has been certified gold, and the single “WAIT FOR U” has been certified platinum. Also, the album has been nominated for seven Grammy awards, so this is a tour you don’t want to miss. Tickets are already on sale for Charlotte, while tickets for Atlanta, DC, and Boston will go on sale to the general public on December 7th at 10 am EST. Chicago fans will have to wait until December 8th at 10 am CST before purchasing their tickets. 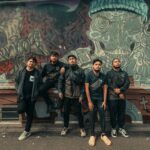