Australia’s Tropical Fuck Storm announce their Submersive Behaviour 12″, arriving February 3rd, 2023, on Joyful Noise Recordings. To accompany the news, they share new single “The Golden Ratio,” which features on the 12″ alongside three tracks from their recent Moonburn EP and a thrilling 19-minute Jimi Hendrix cover.

Submersive Behaviour is the Australian art-punk combo’s take on the tried and true ‘covers record’ concept. Over the course of 36 minutes, TFS puts their deranged spin on classics by Jimi Hendrix, Middle Aged in the Middle East in the Middle Ages, Men Men Menstruation, Compliments to the Chef, and The Stooges.

“Our version of 1983 A Merman I Shall Turn To Be is an attempt to right the recent wrongs perpetrated against Hendrix’s classic ‘Angel’ by some idiot from One Direction doing a karaoke-style ‘tribute’ for Jimi’s 80th birthday.” 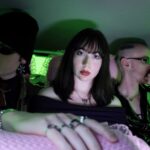 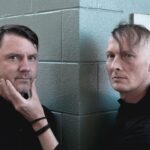 loscil and Lawrence English, photo by CWS Marshall
Next Post