Americana singer-songwriter Scott Krokoff delves into the struggle of making it in music on his new single/lyric video, “Almost There.”

Krokoff explains, “‘Almost There’ summarizes all my struggles in the music business. Succeeding in music is a very high bar. You need to be consistently outstanding, and even if you are, there’s still no guarantee of success. And no matter what, it feels like a slow, never-ending climb with a million steps and full of gatekeepers who say no. For those reasons, you feel like you’re almost there but never quite there. I explore all of that in this song and also analogize it to athletes who have a similar struggle as the bar for success is equally high for them, and the lyric video takes a more light-hearted turn on it all.”

Along with sharing the stage with Elle King, performing in Europe, and performing in and around NYC, Krokoff has dropped three albums and a series of successful singles, including “Far Too Many Times” and “Fortunately.”

Opening on gleaming guitars and a low, braying organ, the intro to “Almost There” conjures up vague suggestions of Dickie Betts. The undulation of the mid-tempo rhythm topped by delicious folk-rock leitmotifs and Krokoff’s cashmere, passionate vocals sculpt a smooth, shimmering tune, dripping with probing lyrics.

“Like a skier in the slalom / Who missed the final gate / Being left to think if life is truly fair / Like the swimmer in the last lap / Who touched the wall too late / I’m almost there / Yet never quite / Almost there and yet not quite / Ever there.”

“Almost There” captures the sensation of trying to break through the in-built barriers of artistic achievement. 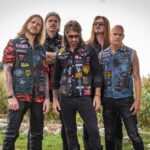 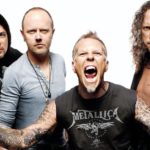