Metal legends Metallica dropped a surprise treat for fans today in the form of a new track, “Lux Æterna” and details of an April 14th release for their new album, 72 Seasons, their 12th album and first since their 2016 offering Hardwired… to Self Destruct.

Before we dig into the news about the album, wrap your ears round the new track “Lux Æterna”:

As for the album, the band have revealed that 72 Seasons will run at 12 tracks long with a running time at 77 minutes. The album was produced by Greg Fidelman alongside frontman James Hetfield and drummer Lars Ulrich.

Check out the artwork here:

“72 seasons. The first 18 years of our lives that form our true or false selves. The concept that we were told ‘who we are’ by our parents. A possible pigeonholing around what kind of personality we are.”

The vocalist continues: “I think the most interesting part of this is the continued study of those core beliefs and how it affects our perception of the world today. Much of our adult experience is reenactment or reaction to these childhood experiences. Prisoners of childhood or breaking free of those bondages we carry.”

Here’s the track-listing for the album which will see release on April 14th, 2023 through Blackened Recordings and can be pre-ordered here.

Having recently confirmed two nights at the 2023 Download Festival, the metal titans have announced further dates for their “No Repeat Weekend” World Tour which will include rotating support acts including Architects, Five Finger Death Punch and Pantera. 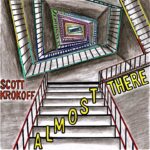 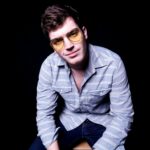