After the critically acclaimed full-length debut Suffer, Then We’re Gone (2021), New England-based Mourn the Light announce their upcoming EP Stare Into the Face of Death via Argonauta Records. They are also now sharing the lead single, “The Hunt.”

The band is eager to keep the momentum going hard into 2023, offering up four new songs true to their signature sound but also paying homage to the metal legends of the past. The new EP was recorded in early 2022 at Sonic Titan Studio by Brian Westbrook (Lich King) and Mixed/ Mastered by Jack Kosto (Seven Spires/Threads of Fate).

Stare Into the Face of Death EP Track Listing:

1. The Hunt
2. Heavy Metal Destiny
3. It All Comes Down
4. Stare Into the Face of Death 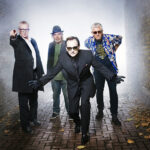 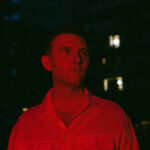