Ghost Town Remedy are set to issue their five-song Christmas EP Terminally Chill on December 1st via Never Nude Records, and today have unveiled the lead single “It’s Beginning To Look A Lot Like Shredmas” featuring The Dreaded Laramie.

“During the summer of 2022, we asked our absolute favorite band in Nashville The Dreaded Laramie if we could do a track together! We both decided that there just simply isn’t enough SHRED in your average xmas song. So we got together in June and chose a cover that we could really make our own and showcase the strengths of both bands. This track features pounding punk drums by Steve Lane, In your face vocals by TJ and MC, and a face melting solo by Zach and TJ!”

MC of The Dreaded Laramie adds:

“We were excited to work with GTR on a cover of our favorite Michael Buble recordings, ‘It’s Beginning to Look A Lot Like Christmas’ because it has a killer melody that translates to punk music super well. We’ve been wanting to collaborate with our friends in Ghost Town Remedy for a while, and this was a great opportunity. We are in the process of making our first album in the spring of 2023.” 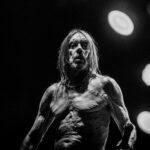 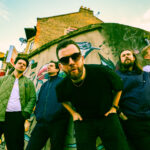