Nuclear Blast Records have announced the signing of Devil Sold His Soul’s digital back catalogue, which is available on all streaming services.

“We’re beyond stoked to announce the signing of our back catalogue to Nuclear Blast Records. The team at Nuclear Blast have made us feel like family since day one of the Loss campaign, during this last 2 years NB have consistently proven to us that they are the best label in the world, always going above and beyond our expectations. This is a big moment for the band, and continues the strong relationship we have built with everyone at the label.

To celebrate the signing, and the 10th anniversary of our album Empire of Light, we’re releasing 2 limited edition vinyl variants. Check the DSHS official store for more info.”

Devil Sold His Soul are also honouring the 10th anniversary of their third studio album, Empire Of Light, with a limited edition new vinyl pressing of the record, available in two variants. Empire Of Light arrived in September 2012 to widespread praise.

You can purchase the Empire Of Light limited edition vinyl https://store.devilsoldhissoul.com. 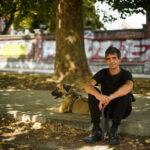 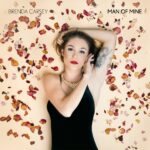