Song vocals are great and all, but do we really always need them? Growing up on rock n’ roll would probably help in programming you to have no patience for any song that does not feature any singing. Well, if you happen to think that way, we’re going to tell you to wake up and be a little open-minded, would you?

Today we are helping to unveil Vail’s latest single, “Zephyr,” a vocal-free display of pure musical creativity. It features a nice little danceable groove while never getting carried away with bells, whistles, or any elaborate studio artistry. It’s more of a techno beat, but the song retains those more traditional rock n’ roll instrumental elements, where the polished, intricate instrumentation really accomplishes filling that void left by having no vocals.

Telling us more about the song and its development, Vails says:

“‘Zephyr’ was a little piece that had been bubbling away for years that I’d never had the self belief to actually finish. It just kept cropping up and I suppose it’s the soundtrack to an imaginary movie of sorts. It’s a pleasure to finally see it released.”

“Zephyr” is actually the first taste of new music to come from Vails, which will be included on his forthcoming EP Elysian Fields, which will be released through Subtle Energy. Having relocated from England to Los Angeles, this new album features more cinematic and atmospheric elements but retains the hard-hitting, analogue staples of his sound.

Back in 2013, he released the Beaster record via Fools Gold, and it wasn’t until earlier this year that he really seriously revived the project. Elysian Fields was recorded over a period of three months at Principle Pleasure Studios in Los Angeles, with the total package of songs meant to act as an imaginary soundtrack to a midnight-hour drive through East Los Angeles. More than just a musician, Vails is more of a visionary, and he’s got large-sized ideas about where his artistry is capable of heading. 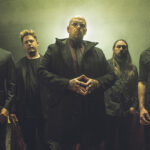 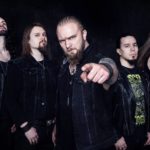