We all love a good rock anthem, don’t we? Rowdy Scottish rockers She Burns Red are seemingly no different, as they demonstrate on their gritty new single “Killing Time.” Inspiring and uplifting and built around adrenaline-fuelled rock n’ roll, the song provides a cracking taster of their upcoming debut album due in 2023.

Inspired by everyone from The Wildhearts to Cheap Trick through to Mastodon and Danko Jones, we got the group to sit down and pick out ten rock anthems that changed their lives both individually and as a collective.

So, pull up a chair and crank up the speakers for their impressive list, but before you dive in, check out the video to their recently-released single.

Scott Hanlon (Drums): “This song is very chilled with a hard edge. There is a sense of calmness behind the eeriness which sounds odd at first, but with a few listens, it’ll be stuck in your head for days. The gradual build-up of the track really hooks me and makes me feel all kinds of emotions. Feelings of happiness, sadness and sometimes nostalgia. The setting of the music video is absolutely perfect for the vibe of the song.”

Scott Hanlon (Drums): “I’ve been listening to this song for years, and it never gets old to me. I love the swagger that QOTSA have to their sound; they just reek of coolness. Many hours have been spent in the practice room jamming along to Dave Grohl’s thunderous drum track on this song, I’ve even performed this track live with the cover band that I’m in, and I have to admit, I feel completely badass being amongst it.”

Naz Scanferlato (Guitars): “At this point of my musical journey, as a kid, I was a lot into blues and classic rock and heavy metal, one day I open YouTube, and this video pops up in the ‘recommended for you’ section, I open the link, and I’m immediately intrigued, this band didn’t belong to any of the above-mentioned genres, it was just full-on in-your-face rock music, and when the red wall behind the band breaks into water I was fully in love with this new (to me) band.”

Naz Scanferlato (Guitars): “This is a band that completely changed my life, and this video, especially as a young lad, was very amusing, seeing this singer wearing extravagant dresses and hats jumping around, scenes with hot girls and Joe Perry on guitar being, well… Joe Perry. The first time I saw it, it was one of those few real realization moments in your life when I thought, ‘this is it! That’s who I want to be and what I want to do…’”

Andy Moore (Vocals/Guitars): “It was around the time I started to learn how to play guitar. Everyone else was playing at 100mph and all these massive riffs and solos. I kinda figured out you don’t have to do all that flashy stuff to write a good song. You can do something really simple and still have the same impact. Oasis was that for me. It was about the song.”

Andy Moore (Vocals/Guitars): “It’s literally the first video or even music I can remember seeing. I didn’t understand what was going on. As in one minute, the stadium was empty. Then it was full. Plus, I was kind of scared of them. But I was like 5, and my cousin was my hero, so I looked up to him. He loved Guns N’ Roses. So I thought I had to. Turned out. I was right. I loved them.”

James McCulloch (Bass): “Danko Jones are one of the best live bands out there, and their studio content has been incredible for over two decades now. Being in a band is weird; it’s a hard thing for a lot of people to understand, the heart and soul that goes into every single thing you do. This song captures that perfectly. It’s the perfect tune to listen to when you’re on the road.”

James McCulloch (Bass): “The early ’90s grunge and rock scene was massively important for me. Before that, music was something I enjoyed, but I didn’t really connect with on a personal level. I enjoyed listening to it, but it didn’t seem like something I could do or be part of. Grunge changed all that for me. Like punk did for a lot of kids in the ’70s. It became a passion that would never leave me. This is one of the songs that completely blew me away when it came out. Screaming Trees should have been massive, and Dust should have been their Nevermind.”

Full Band: “The Wildhearts do big choruses and have been one of the best live bands on the scene forever. Every tune, from album track to B-side is just filled with catchy hooks and an energy that permeates through everything we do. Our music might not sound a lot like the Wildhearts, but we take their blueprint on how to write a catchy tune and how to put on a live performance with us wherever we go.”

Full Band: “There’s a distinct punk edge in everything we write. Regardless of whether you can hear it or not, we feel that’s what makes us a little different from some of our contemporaries. There’s just a visceral energy in those early ’80s Black Flag records that can’t be ignored. It’s like being punched in the face with music. They’re such an influential band both musically and with what they did on the road.”

For more information on She Burns Red, visit their official website. 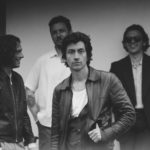 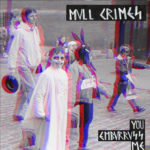