The album, due on November 4th, will see the track, a cover of the Alan Parsons Project, feature alongside his interpretations of music by other artists such as Low, Beth Gibbons, Tom Petty and the Heartbreakers, American Music Club, The NoTwist, Lucinda Williams, Atlanta Rhythm Section, Frightened Rabbit and Bedhead.

Following the release, Lippy has now released the video for the track which you can watch here:

Speaking about his reason for covering the track as well as what he hoped to bring with his interpretation, Tod told us:

“I was a major fan of Alan Parsons Project growing up, and this was always my favourite song of theirs,” Lippy says. “When I decided to cover it, I wanted to foreground its message about the ephemerality of existence by taking it in a darker, more electronic direction.”

Wanting to find out more about Tod’s love for the Alan Parsons Project, we spoke to Tod and asked him to pick out a few of the essential listens from their hefty catalogue.

Tod Lippy: “There have been countless rankings, appraisals, and appreciations of every Alan Parsons Project album and song over the past several decades. The legendary band, originally started by Parsons and Eric Woolfson as a producer’s project that featured a revolving cast of session musicians and guest vocalists like Lenny Zakatek, David Paton, and Colin Blunstone, is deserving of all of the love, and it was one of my musical obsessions growing up in the late 70s and 80s.

“I chose “Time” to cover for Closer Than They Appear because, for me, it’s always been their most emotionally resonant song.”

I chose “Time” to cover for Closer Than They Appear because, for me, it’s always been their most emotionally resonant song. I spent a lot of time listening to the track – and others from the APP catalogue — before diving into my version, and I came to the conclusion that much of its power comes from Eric Woolfson’s vocals. Amazingly, this was the first APP single on which Woolfson, co-writer with Parsons on the bulk of their output—actually sang. (And this was already four albums into their amazing run in the late 70s.)

I was originally going to offer my own “best of” list of APP’s songs, but when I started work on it I quickly realized that every track I felt the most strongly about happened to feature Woolfson as a vocalist. There is something about that untrained, nuanced, characteristically reedy voice that evokes emotional vulnerability and authenticity. With that in mind, here’s a slightly more
granular ranking of my favourite Alan Parsons Project songs, all of which happen to feature Woolfson’s vocals.”

“Amazingly, this single doesn’t even appear on many lists ranking the band’s best tracks. And as already mentioned, even more amazingly, it’s the first track Woolfson ever sang lead vocals on for the band. It’s quite a debut. Woolfson’s soaring “Till It’s Gone Forever” has my vote for most powerful chorus of any pop song, before or since.”

“Pitchfork ranks this at #107 on its list of best songs of the ’80s, and justifiably so. As they put it: ‘The secret ingredient to ‘Eye in the Sky’ had been under Alan Parson’s nose the entire time: Eric Woolfson. [His] delivery is what sells [the song]…sung in a croon that sounds like someone breathing heavy on the back of your neck.’”

“Ammonia Avenue had the misfortune of always being compared to its predecessor, the hugely successful Eye in the Sky, but it’s still a fascinating, eclectic effort. This beautiful single, with its soaring harmonies, brilliant Spectorish “wall of sound” vibe, and, as always, Woolfon’s no-holds-barred vocal stylings, is a standout.”

“This album seems to persist in dividing critics: Do its 8 songs represent a culmination of the band’s vision and sound, or do they feel dated, too replete with all of the stylistic tics of 80s pop rock? The jury is still out, and “Sooner or Later,” whose first 10 seconds could easily have opened a Jeff Lynne-produced Tom Petty song from the era — and which brushes awfully close (some might say uncomfortably so) to the chord progression of “Every Breath You Take” — will find supporters on both sides of that argument. As always, I just love hearing that voice.”

“Gaudi, inspired by the Spanish architect Antoni Gaudí, is generally considered to be APP’s last “official” album. This track, which was never to my knowledge released as a single, is pure Woolfson: sentimental, full-throated, replete with big choruses and big emotions.”

“This one’s a bit of a cheat: Woolfson released the album as a solo effort years after the group disbanded. In the liner notes, Woolfson mentions that some of the tracks would have been dropped by Parsons because they were too sentimental. “Immortal,” a modified demo featuring Woolfson’s vocals for a track that was later sung by Steve Balsamo on Woolfson’s album Poe: More Tales of Mystery and Imagination, fits that bill. But, like David Bowie’s “I Can’t Give Everything Away,” the final track on his album Blackstar, which was released only two days before Bowie died of cancer, it carries a deeper resonance: Woolfson passed away, also from cancer, not long after the album’s release. He was 64 years old.” 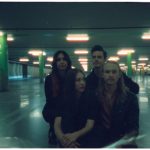 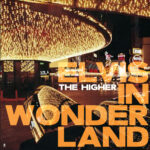