Hollywood actor Matt Damon will celebrate his 52nd birthday on October 8th, 2022. The actor is best known for his roles in movies such as The Bourne Identity, The Departed, and Rounders. Let’s dig in further to that last flick…

A Brief History of His Career

Matt Damon was born on October 8th, 1970, in Cambridge, Massachusetts. His parents are Kent Telfer Damon and Nancy Carlsson-Paige. He has an older brother named Kyle. Matt attended Harvard University, where he studied English literature. Time, when he left the university to pursue his acting career, he was just 12 credit hours short of a graduation degree.

He made his acting debut in the 1988 drama film Mystic Pizza. He has won audiences’ hearts with his versatility in various roles, including the superspy Jason Bourne. He continued to be enormously popular with both audiences and critics. Damon has been a bankable star for much of his career and dabbled in production and scriptwriting. He has worked with acclaimed directors.

As the actor is about to turn 52 years old, here is a fact about him that you may not know. He was inspired by his most popular film, Rounders, to play poker. Damon attended underground New York games to prepare for his role in the movie and became interested in the game after filming. Without a doubt, Rounders is a must-see movie for any online poker tournaments or live cash games enthusiast, together with other great movies, like Maverick (with Mel Gibson) or The Sting (with Paul Newman).

The Hollywood Actor Participated in the 1998 WSOP

So much so, that he entered the 1998 WSOP while researching his role as Mike McDermott, a poker player in the film. However, he lost $25,000 to Doyle Brunson; an individual who is mentioned in the movie several times. He held two kings, while Doyle had two aces.

He participated in the 138-player event featuring Hollywood celebrities, sports legends, and elite members of the poker world. Damon’s best hands from the Ante Up for Africa Charity Event are captured on video.

Early action on the feature table saw him bluffing the river with ace-high against Tiffany Michelle of Los Angeles before Affleck made his entrance while the movie star was seated on the feature table. The A-lister called out of the small blind holding ten-six, then flopped a full house. He was eliminated from the tournament just before reaching the money-paying top 18.

After 35 players had seen the flop, Las Vegas local Erik Seidel moved all in with a small blind, leading to the Hollywood star to fold himself and exit the game. Belarusian Alex Bolotin eventually won the pot and donated half of his $177,730 winnings to charity.

About the Movie ‘Rounders’

In this great movie, Mike loses money to Russian criminal Teddy in a poker game. He then pledges to stop gambling after his girlfriend, Jo, pressures him. Lester, a friend of John’s, is released from prison and seeks to settle an old debt. The couple is found cheating just as they are about to recover the money Lester loaned them before he went to jail.

After learning that Teddy is responsible for the debt, Mike makes one final effort to defeat the Russian. There is a pivotal game of poker in the film. Bluffing in card games depends on the height of an individual’s raised eyebrow and the snap of a card. However, it is not so much a matter of playing cards as it is a matter of skill and how people apply it to either liberate or corrupt themselves.

However, in his attempt to strike a balance between overwhelming the poker settings with obscure terminology and offering a truthful game representation, Dahl largely succeeds in creating a complex and realistic portrayal of poker. Poker enthusiasts analyzing the film Rounders will likely be interested in the strategic conflict between the characters played by John Malkovich and Damon. They might also observe each character’s emotional reaction and consider each action’s importance.

For poker players, the movie offers a realistic depiction of the game. However, it has some additional lessons to be learned from Rounders for those who are not looking specifically to improve their poker skills.

Damon’s love for gambling and poker, in particular, is far from a secret, with the film Rounders perhaps highlighting just why the blockbuster movie star acquired such a huge passion for the all-time classic card game. 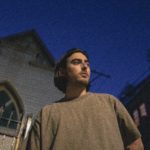 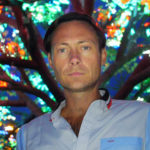