Kenny Beats returned to New York for his first D.O.T.S (Don’t Over Think Shit) show of the year. Hundreds gathered at the SummerStage in Central Park to see the beloved producer and DJ along with Isaiah Rashad, slowthai, Julie, and Vicky Farewell.

Vicky Farewell’s calming tone and chords welcomed those arriving in the heart of Central Park’s turf. Followed by the Orange County trio, Julie, known for their shoegaze and noise pop sound. Lead vocalist and bassist Alex Brandy would drop down to the floor and practically crawl over to adjust the distortion pedal in between songs.

slowthai gracefully strolled out to the front of the stage to greet the crowd before quickly flipping the energy to pure chaos. Midway through his set, he expressed his distaste toward the Royal Family following the Queen’s death with a few choice words that most of those in attendance were more than happy to get behind.

TDE’s own Isaiah Rashad hit the stage with flair, opening his set with “RIP Young,” which includes an easily identifiable Project Pat sample off “Cheese and Dope.” His outstanding catalogue includes three albums released in an eight-year span with a five-year hiatus between The Sun’s Tirade and his 2021 release, The House Is Burning.

Kenny Beats released his debut album, Louie, on August 31st as a gift to his father. This composition ties into a fake radio station that his dad would host and have him appear on when he was a child called “The Perch.” Kenny is all-smiles when he takes the stage to “Hold My Head” as he greets the crowd and throws on his headphones. His hour-long set was lined with songs from artists such as Baby Keem, Doja Cat, Playboi Carti, DMX, PinkPantheress, and more with notable transitions from Ski Mask the Slump God’s “Foot Fungus” to Snoop Dogg’s “Drop It Like It’s Hot” and “Multiply” from Skin on Skin to A$AP Rocky’s “LPFJ2.”

Mark Bowen from the British punk rock band, IDLES, made an appearance to do a cover of Shania Twain’s 1997 smash “Man! I Feel Like A Woman,” followed by Smino performing “KLINK” and announcing that we should expect an October release date for his upcoming album.

Kenny Beats wraps his set up to mention that making an album has never been at the forefront of his craft because “he never had anything to say.” He then thanks every supporter and proceeds to close the night out with “Eternal” as the crowd cheered his father’s name. 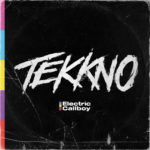 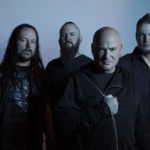