Disturbed are set to drop their eighth full-length album, Divisive, on November 18, 2022, via Reprise Records, and have just unveiled its second single, “Unstoppable.”

“Partisan tribal warfare has become a part of our regular existence nowadays. It’s one big battle of the cliques. The whole idea of the record is to be a wakeup call for everyone. Our society has become addicted to outrage. Music is the best cure for what ails us though. If only everyone reached out and used it. There’s no better environment to forget about all of this shit than live music. We can be together and realize we have more in common than not. Recognize what’s happening and let’s make a change for the better.”

“Whatever it takes, we’ve got to pull it together. We’ve always tried to take negative topics and spin them in a positive light. From touring around the world, we’ve seen the power of music as the universal language to bring everyone together from all walks of life. We can still play songs to unite people, and it’s a pretty powerful feeling.”

Draiman elaborates on the new single, stating, “‘Unstoppable’ is definitely one of the heavier tracks on the record. The groove builds into a bombastic animal. It’s truly the fight song.” 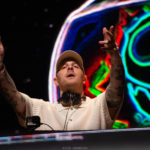 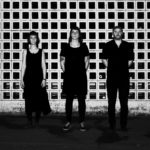