Clutch is like a fine wine; they seem to get better with age, and with thirteen albums over thirty years, this fact is clearly evidenced! With the likes of Blast Tyrant, Robot Hive/Exodus and Earth Rocker (just to name a few) setting new benchmarks for acts of this ilk to live up to, Clutch truly has now become the messiahs of this brand of funk metal-infused stoner rock! The burning question on everyone’s lips, of course, is; does Sunshine on Slaughter Beach meet the high standards they have inadvertently set for themselves?

“Red Alert (Boss Metal Zone)” opens the record with a gentle, funk-ridden jingle before erupting into a more metal-laden melody accompanied by Neil Fallon’s signature spoken word/minimalistic singing style that contrasts and complements the beat in equal measure. This is followed by the record’s title track, “Slaughter Beach.” This tune is very much a slow burn and Fallon’s lyrics are front and centre for the most part; however, around the 2:15 mark, the tune gets experimental with its instrumental section, an aspect of the group’s style that has made Clutch stand out from the crowd. “Nosferatu Madre” is grandiose in its approach. The opening is drum heavy followed by bass notes backing Fallon’s words outlining a story of accusations of witchcraft setting the scene for the tale told. The chorus is like a controlled explosion, big and bold, yet subdued by the southern rock style that Clutch pulls off so very well!

“Mercy Brown” kicks in with a bold yet sorrowful melody. Grand in nature, but also downbeat at the same time, a tricky mix to pull off, but, as always, Clutch seems to manage this task with ease. Although there are lyrics to this song, Fallon takes a backseat for a fair proportion of the tune enabling Tim Sult, Dan Maines and Jean-Paul Gaster to take the lead delivering a funky sound collage forcing the listener to really appreciate the music behind the vocals. “We Strive for Excellence” feels like an ode to the band’s earlier years channelling the intensity of their earlier outputs. It comes across as less technical than the rest of the record focusing on its raw, unhindered energy to deliver an intense tune.

To answer the question posed at the start of this review, you need but shut out the noises of the world outside and focus on the record’s closer, “Jackhammer Our Names.” This is another slow burn of a tune with Fallon’s words commanding to be heard like he was a preacher addressing his congregation. This is all held together by the rest of the band supporting the lyrics with a tune that captures the attention of the listener. So, yes, this record does measure up to the standards Clutch set for themselves. Sunshine on Slaughter Beach is a very different beast from their earlier release, but really is the next evolution of the group following on from form 2018’s Book of Bad Decisions. It is more subdued overall with nods to the earlier years ensuring they have not forgotten their roots but it clearly declares Clutch will both continue to experiment with their signature sound and evolve. 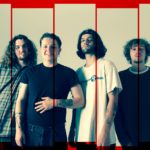 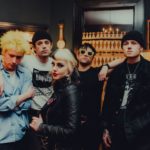