There’s a delicateness to singer-songwriter Wesley and his musical output, and within that fragility is an honesty and unique artistic compassion. You hear it in his voice, you hear it in the tone of his music, and you hear it in his brand new single “Glows in the Dark.” Along with the unveiling of the song’s accompanying music video, Wesley is proud to announce today his brand new studio album, also titled Glows in the Dark. The record will be released on November 11th via Earth Libraries, a collection of tracks that will cleverly utilize soft tones to deliver some dreamy, fanciful, introspective indie pop that will wrap its arms around you and hold on tight.

Within this embrace, you’ll feel at ease with the sound of the singer-songwriter’s warm voice, as well as that of his wife, Kelly White Weaver, who provides vocal support on this song. The lyrics are open to interpretation, but generally speaking, they are musings from Wesley on love at first sight and the desire for emotional healing.

Expounding on the album’s title track, Wesley shares with us the following:

Wesley is the musical alter ego of Jacob Weaver, a Louisville, Kentucky-based singer-songwriter who was inspired to create the Wesley character based on camcorder videos he would make with his brothers and cousins when he was a child. As a youngster, he was something of a sleepyhead, which motivated the creation of Wesley, who he refers to as the sleepiest man on earth.

Stylistically, the Glows in the Dark album is inspired by Wesley’s affinity for classic Americana and country, specifically songwriters such as Del Shannon, John Cale, Billy Fay, and Townes Van Zandt. Composing this record was a time of great self-discovery for Wesley, with problems and joys in his life helping him gain a new perspective on himself as an individual at a time when he stood to benefit from that insight. Glows in the Dark is like a series of dreams with surreal images and compassionate moments and a lot to explore. His main hope is that this journey of discovery is just as meaningful to you, the listener, as it was to him, the composer. 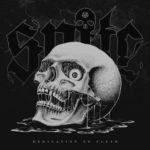 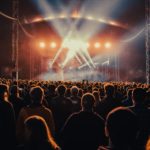