Following an enforced pandemic-driven two-year hiatus, the award-winning ArcTanGent Festival returned with a vengeance in mid-August in the beautiful Mendip hills in Somerset, UK. Boasting an eclectic alternative line-up spanning post-rock and progressive metal, 10,000 or so revellers gather to see over 100 bands across five stages and four days.

The opening day of Wednesday sees only the Elephant in the Bar Room stage open to run through a hand-selected line-up of some of the festival’s favourite bands. Proceedings get underway at 2 PM, with the first band caught being the synth-driven math rock stylings of Mutant-Thoughts as the throng in the tent increases steadily. Modern Rituals bring back a hit of grunge with their alternative indie sound before instrumental duo Luo, comprised of producer Josh Trinnaman and drummer Barney Sage, start to lift the mood with their carefully crafted and methodically building tracks – smiles are starting to spread all around from both band and audience.

A hugely pleasant surprise of the festival is the following Mother Vulture; playing a cross of blues punk and psychobilly rock ‘n’ roll, there’s boundless energy throughout the band, with the photo pit occasionally becoming a dangerous place to be with the thrashing and kicks from guitarist Brodie Maguire in particular. A blistering set and a real ‘I was there’ moment that delighted those who got to the festival for its first day.

Following are Memory of Elephants, another instrumental artist who packs their Fall of Troy-esque compositions full of groove; however, each track feels to somewhat outstay its welcome and could potentially do with some trimming and tightening. Finally, the last band caught on Wednesday are Sugar Horse, whose set is hampered at the start due to instruments being too loud and clipping through monitors; however, once this is corrected, their eclectic ‘stadium doom’ is allowed to shine through and wash over those in the tent.

Thursday sees a full compliment of stages active; with artists starting from 11AM it’s the second mainstage act in Pijn that are the first seen of the day. Blending a unique sound that manages to be both heavy and relaxing, the layers added by their violin parts add a richness to their music and make their set truly memorable. Over to the Yohkai stage following this are Vasa, with the crowd completely lapping up their bass-driven djent instrumentals, helped massively by the band on stage bringing both technicality and fun in their performance.

One of the main highlights when researching the festival’s line-up were an artist I was already familiar with in Dvne, who’ve been at the top of my list of bands to see since the superb Etemen Ænka was released back in early 2021. Their live show presents these tracks perfectly, with the hugeness of their sound almost without compare unless set alongside bands on the level of Gojira – such is the quality of both the songwriting and performance on display. Another early highlight of the festival and one of the two main highlights of the day (more on the other later).

Other mainstage artists seen across the day are the low tempo gothic rock AA Williams, satanic drum and bass pair Perturbator, who put on more of a light show than a band performance, and the doomy Amenra performing under monochrome lights to match the bleakness of their music. Alcest showcases their introspective prog to a packed Yokhai stage tent, Imperial Triumphant perform their avant-garde jazz metal crossing sleaze and luxury with art deco imagery before post-rock giants Maybeshewill, whose sound benefits from the body added of them being a five-piece, close proceedings on the smaller stages before the main stage concludes the day.

Jumping back to mid-afternoon, the other standout from ArcTanGent’s Thursday are post-rock trio Coldbones. Their show is crafted from start to finish, from their intro track starting more than five minutes prior to their set and bringing voiceover to build anticipation for The Cataclysm (also their excellent 2020 album). Once the band take to their stage in matching boilersuits, they set about animating the aforementioned album with energy, building a vast sound that overwhelms the atmosphere and stretches from front to back of the engaged crowd in the tent. Across a weekend with so many sizeable artists, it’s a true credit to their quality that they’re the finest instrumental set on display.

Main stage headliners Cult of Luna waste no time in demonstrating how worthy of their slot they are, having waited since being announced for the 2020 edition to finally come and bring their doomy post-metal to the Somerset countryside. They marry moments of crushing heaviness with haunting beauty, with their music performed live at maximum volume, the aural equivalent of oppressive anxiety. Recent releases The Long Road North and A Dawn to Fear make up the bulk of their setlist, and it’s a performance that goes down well with the crowd in attendance; the front row’s headbanging neck-snapping in its intensity.

Friday’s cache of mainstage artists is commenced bright and early by Five the Hierophant, bringing groove laden ritual doom with brass, bongos and the tolling of bells to complement their burning of incense to entrance the still waking attendees. Throughout the day, Hippotraktor brings djent-inspired progressive metal and a vocalist with extraordinary talent across both cleans and screams in Stefan De Graef. Oranssi Pazuzu provide an experimental black metal vibe that either captivates or confuses those listening with little in between, and the triple guitared Caspian sound as massive as you’d expect with that approach, but do feel a little bass-heavy in the mix.

Mainstage highlight of the day are undoubtedly Danes MØL who pack out the tent as much as any other artist yet on display. Having seen them before it’s no surprise to see vocalist Kim Song Sternkopf both at the barrier and deep into the crowd at various points, with favourites like “Bruma” and newer tracks like “Serf” hitting equally as hard to the delight of the spirited crowd, and a rapturous reception when they conclude their set. Their blackgaze genre may be somewhat niche, but there isn’t a soul in attendance who isn’t won over by the emotion of their music (a typically stoic friend brought to tears at times) or the engagement of their performance.

Packed into and spilling from the neighbouring Bixler tent is a huge mass to see arguably the outright heaviest band of the weekend Rivers of Nihil. The Pennsylvania progressive death metal five-piece put out a set that crosses tracks from both The Work and Where Owls Know My Name, as well as dipping further back in their discography for the utterly crushing “Sand Baptism.” They rip through each track with technicality and precision; it’s a perfect performance that the energy of those on stage and an over-full crowd make a moment to remember.

Two bands on the Yohkai stage catch the eye across the today; grunge pop/shoegaze Slow Crush takes the tempo down to a shimmering stroll, with vocals with so much reverb and delay it’s difficult to associate the movements of Isa Holliday’s lips with the sounds projected from the speakers. Later in the evening and just preceding the night’s headliners are unholy soul metallers Zeal & Ardor; again, they push the tent’s capacity beyond its limits and perform with conviction, but their sound does feel somewhat empty alongside some of the heavier artists of the day.

Headlining the Friday night is one of those cruel clashes that festivals occasionally thrown up; firstly, to cover the artist on the smaller stage. Palm Reader wear their heart on their sleeve in their emotive music and lyrics, and to hear the entire crowd singing along to a euphoric “False Thirst” hits hard and is the highlight of their impassioned set. Meanwhile, on the main stage, djent progenitors Tesseract play complemented by a headliner-level laser and lights show, touching anything and everything a fan could hope to hear across their 90-minute performance to see out the day. The bass and guitarwork punches whilst the soaring vocals of Daniel Tompkins round out their trademark sound; they close the Friday evening with aplomb and to no surprise, knowing what the musicians are capable of.

Saturday marks the final day of the festival, and the first band taken in are UK doom troop Garganjua packing the Bixler tent from front to back with their relentless cavalcade of riffs and excellent complement of vocalists. There’s headbanging a plenty from all in attendance, and it’s a theme continued on the same stage later in the day from the more established Pallbearer; once again, the mix is perfect to complement their sound with their downtempo approach to the doom genre appreciated by the increasingly smoke-filled audience.

The first band to catch the eye on the main stage are UK riff merchants Conjurer who bring tracks from masterful latest album Páthos to life with passion and panache; dual vocalists and guitarists Dan Nightingale and Brady Deeprose propelling the tracks along, with the human propeller, the endlessly windmilling Conor Marshall on bass, unconfined by the stage come the close of their set heading into the crowd instrument in hand for its chaotic conclusion. An unforgettable, impossibly heavy and LOUD performance filled with sludgy perfection.

Later in the day, Devil Sold His Soul takes to the same stage and, unfortunately, attracts what seems to be the smallest crowd of acts to play it. It’s no slight on their consummate performance, as vocalists Ed Gibbs and Paul Green harmonize perfectly with each other and are even joined by a further two later into their set, with those from The Armed and Ithaca entering the fray. In a completely opposite feeling set, This Will Destroy You play their gradually building post-rock in an introspective fashion, almost dismissive of the audience being present and bringing energy levels down as a performance of this manner would.

Other artists who are caught across the day are chug heavy screamo band Heriot who could easily have filled a larger stage, and the manic mathcore trio The Hirsch Effekt, who blend a well-choreographed stage show, harmonized vocals and a crowd invading guitarist to good effect, and Norwegian progressive rock band Leprous who take the penultimate slot of the weekend; their show is glossy with a rounded sound and an outstanding vocal performance from Einar Solberg.

The task to be the final band of the festival falls to the legendary Opeth, an artist who needs little introduction. Volume-wise, their set is one of the quietest on the main stage – somewhat surprising at first but allowing all of the dynamics of their compositions to shine through, even on heavier tracks like “Ghost of Perdition.” Their 9-song setlist is drawn from 9 separate albums, meaning fans from all eras are somewhat satisfied with a brief visit to their favourites, and it’s very much a ‘best of’ set without any deeper cuts to catch even ardent fans by surprise. As they finish their show, the live music has concluded on an awesome few days at ArcTanGent, but the partying doesn’t stop there for some – the silent disco runs until 3 AM for those not yet satisfied. An excellent, broadly varied, consummately run, and thoroughly enjoyable festival for which attendance in the future is highly recommended. 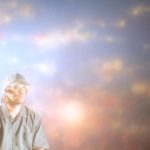 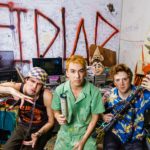