After a brief hiatus, So What?! Festival returned this year with a lineup so stacked it was hard to choose which acts to see.

We started Day 1 by seeing Hot Milk, and wow, they were so much fun! The energy was absolutely insane, they drew in a huge crowd instantly. The talent of this band was unreal, we’re sure Hot Milk gained a massive amount of fans that day (we’re definitely huge fans over here!).

Other highlights of Day 1 included:

Lølø, aka this generation’s Avril Lavigne, is a dynamic performer and nothing short of amazing. People were running down the hill to catch her by the end of her set, even if they didn’t know her, everyone was dancing and singing along, despite it being 200 degrees outside. She also stayed behind after her set to meet every fan that was there for her, something that only a handful of artists would do!

Rebecca Black was my favorite set of the day and one of our favorite sets of the whole festival. Her stage presence was next level, she demanded attention and exuded confidence. The crowd absolutely loved her and especially went wild when she played “Friday” on a Friday.

100 gecs is a gen z dream. Dressed in the coolest wizard costumes you’ll ever see, they went from 0 to 100 and had the crowd wrapped around their fingers. The audience was completely packed, even while being crammed like sardines they were dancing harder than they had been all day.

Day 2 saw some of the best performances of the weekend, our favorites included Point North, Cemetery Sun, and Sarah Barrios.

Some other standout acts were:

Travie Mccoy was an absolute blast and played all of the Gym Class Heroes classics that you’d want to hear. Our favorite part of his set was when he brought out an interpreter to sign a few of his songs, it made the whole experience so much more inclusive and it was really special to see.

Grandson. Grandson. Grandson. If you didn’t catch Grandson’s set at So What?! you missed out on something that can only be described as a once-in-a-lifetime kind of feeling. Having seen Grandson several times, this performance was so incredible because he took the time to speak about what happened in Uvalde and dedicated a song to the victims while sharing resources that people can use to help stop gun violence. His music really spoke to the collective pain of the U.S. right now and was extremely cathartic.

Probably the most crowded set of the weekend was Simple Plan. They never fail to put on the most spectacular shows. We had so much fun scream-singing along to all of our favorite songs and throwing beach balls around the crowd. Our favorite part of their set was when they brought Lølø out to perform “I’m Just A Kid” with them, the crowd absolutely went insane for the collaboration.

Day 3 came with a spike in the temperature and a challenge to keep the energy up after a completely packed first 2 days.

We started our last day strong with Glimmers, a band reminiscent of an early Paramore. Immediately the energy was up and everyone was dancing. They really got the crowd going with a cover of Lady Gaga’s “Bad Romance” and drew an impressively large audience for a set that was so early in the day.

Next up was Charlotte Sands, an absolute powerhouse. This girl can SING. Her set was full of songs you couldn’t help but dance to, and by the end, everyone was singing along to every word of every track.

A festival favorite for us was Chloe Lilac. Despite a smaller crowd, she gave her performance 100% and totally nailed it. Her music is the perfect angsty pop that our inner teenager is desperately searching for, we have a feeling that she’ll be seeing much bigger stages in her future.

For the middle of the last day, there was no better pick-me-up than State Champs. If you’ve never experienced a State Champs set, you’re missing out. These guys are the definition of rock stars. Effortlessly cool and insanely talented, they kept up the energy flawlessly.

If there was ever a band that was made for a festival, it would be The Maine. The best way to describe this band is they are completely magnetic. The crowd they pulled was massive and singing along to every song. They even pulled up a fan onstage to play “Taxi” with them! The Maine’s set was definitely a highlight of the weekend.

Unfortunately, one of the sets we were most looking forward to this weekend, Chase Atlantic, was cut after two songs for technical difficulties. When faced with a situation that is as heartbreaking for the fans as it gets, Chase Atlantic showed their undying love for their fans in their fight to keep the show going. At one point, lead singer Mitchell Cave was leading an acapella sing-along to their songs in an effort to give their fans a good experience. These guys truly love their fans and it was incredible to see.

Our favorite set of the weekend and the perfect ending to this years’ festival was Blackbear. He delivered on every front. The production was amazing and he played the perfect mix of his best hits and some new favorites, he even gave us a sneak peek of a brand new song coming out later this summer.

Overall, So What?! Festival 2022 was one for the history books. It had something for everyone and gave us every bit of nostalgia, excitement, and fun for which we were looking.

After a dream weekend, the countdown has already started for next year’s festival! 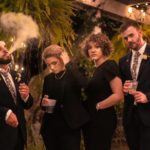 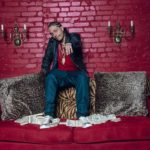