For our first festival of 2022 we headed off to Temple Newsam in Leeds for the Northern leg of the alternative/punk/emo/metal/hardcore Slam Dunk Festival. Back at familiar grounds and overlooked by a stately home, thousands of fans poured into the site for a day of the top alternative acts arounds headlined by none other than Canadian pop-punk giants Sum 41.

Before that though, we had a whole day of great music to get through and, as the new kid on the block Cassyette kicked off her set with “Dear Goth”, the sun shifted out from behind the clouds and started to beat down on the crowd bouncing along with her as Slam Dunk well and truly rocked into life. A quick dash across the field had us catching Sydney pop-punk favourites Yours Truly on the Rock Sound stage. Sadly, the first major clash of the day meant we could only stick around for a few songs to enjoy Mikaila Delgado and their Aussie cheer as a few yards away the much-talked-about Meet Me @ The Altar were making their return to the UK and, despite sound gremlins hampering the early part of their set, looked to have thoroughly enjoyed their time in Leeds. 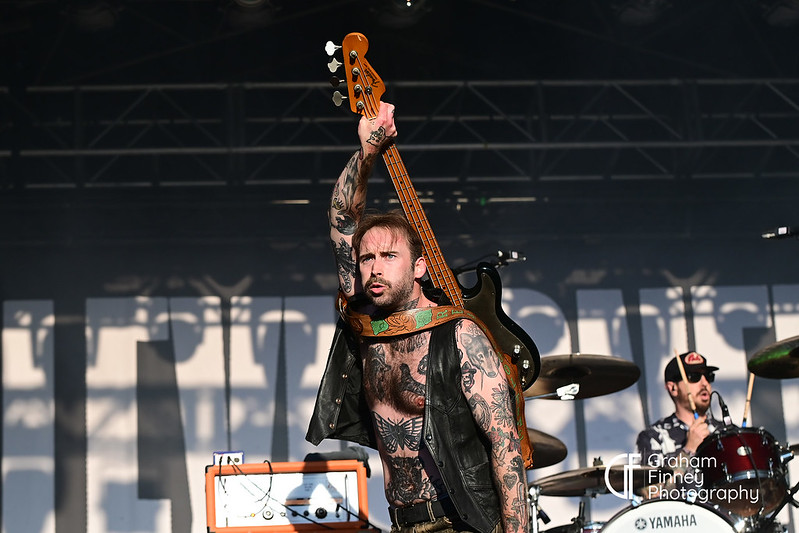 Our first foray to the main stage and we couldn’t have picked a better band to start off with than hardcore punks The Bronx who made a welcome and very rowdy return to the UK. Whipping up mosh pits early on in the day is no mean feat but The Bronx and their aggressive punk rock made sure that the pit was nice and loosened up. With the sound of The Bronx ringing in our ears, we headed into the Key Club tent to catch a bit of dark pop from Los Angeles’ Death By Romy whose thumping anthems definitely saw a shift in mood from the acts we’ve seen so far. Shifting things to the heavier end of the alternative spectrum, Canadian metallic hardcore chaps Counterparts whipped up a nice mosh pit during the likes of “Unwavering Vow”.

The next few acts we caught up with were definitely ones we would stick under the “New Breed of Alternative Music” and hit that middle line right slap bang between those who love them and those who loathe them. Texas rapper Lil Lotus was first up and while it seemed that this was just going to be a bit of a messy free-for-all, as soon as the man kicked into this rap/pop-punk anthems, it was obvious this was going to be a lot slicker than at first it seemed. Following that Florida pop-punk newcomers Magnolia Park did themselves plenty of favours with the crowd by dropping their now regular cover of Fall Out Boy hit “Sugar We’re Going Down”. Heading up to the Rock Scene tent for an encounter with the wonderfully energetic Kenny Hoopla, it has to be said that his punk/rap crossover was definitely more at home here in a packed tent at Slam Dunk than in the early morning lull of the dance tent at Leeds Festival where we last crossed paths. Our final foray into the new breed saw us meet up with Mod Sun who we were told is mates with Machine Gun Kelly and is marrying Avril Lavigne. Other than that the man with the impressive mop of green hair peddled exactly the kind of bouncy pop/rock/punk we expected going down a treat with this young crowd.

Between the new breed though, time for a bit of good old Canadian hardcore punk in the form of the fantastic Cancer Bats who, even with a new look line-up managed to slam through the likes of “Hail Destroyer” to give the security in the pit their first real work out of the day as bodies started to pop over the barrier from an increasingly rowdy moshpit. By now the sun was beating down in Leeds and with the party well and truly in full swing, who better to keep us entertained as we baked like lobsters than those fantastic German electronicore lunatics Electric Callboy? Looking like something out of a 90s pop video, their mix of electro-pop and deathcore was as ridiculous as it looked whilst also managing to be utterly brilliant at the same time.

Grizzled punk rockers Pennywise stomped out onto the main stage next and, like The Bronx earlier in the day, had no intention of taking anything less than 110% from the crowd. Ripping through the likes of “Fight ’Til You Die” and “Rules”, the band snarled their way through a few raucous covers as the energy picked up in the pit as one punter found out unfortunately ending up spending the rest of the set having her nose patched up by medics. Further down the site, things were getting heavy again on the Jagermeister stage as Queensland melodic metalcore band The Amity Affliction smashed through the likes of “Drag The Lake”. 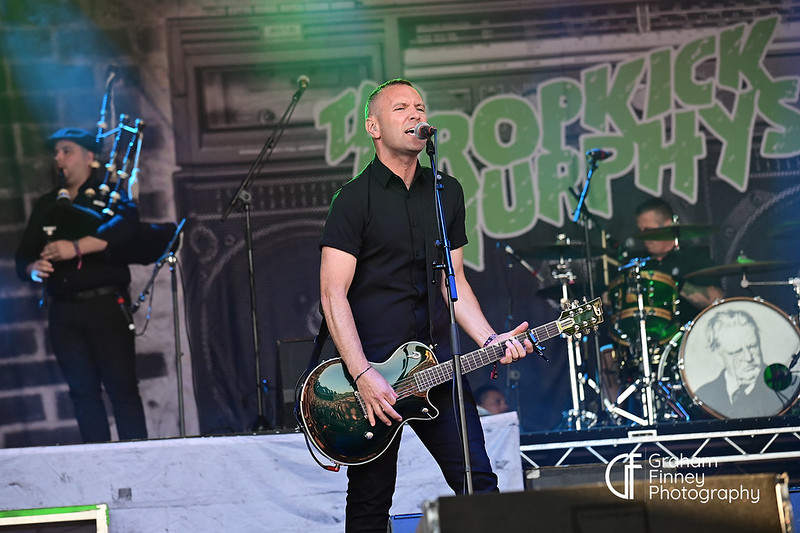 Another quick stop off at the Rock Sound stage to catch current Sydney pop-punk favourites Stand Atlantic enjoying the summer sunshine while treating a well-attended field to some perfect tunes like “Jurassic Park”. However, as much as we could have happily stayed and soaked up the sun with Bonnie and the band, nothing was going to stand in the way of catching our possible highlight of the day The Interrupters. As she bounced out onto the stage to join the band, vocalist Aimee wore a permanent smile plastered across her face. Changing the vibe of the day completely, the band’s infectious anthems like “Take Back The Power” had fans young and old dancing their feet off for what was a wonderfully joyous experience.

Following that was always going to be hard but when you’re The Dropkick Murphys, you’re pretty much going to take to the stage and own the place which is exactly what happened at Slam Dunk. Unfortunately, a late start from the punks meant we could only stick around for a couple of songs but, in that brief time, the band delivered everything you could expect from a DKM show and this crowd absolutely lapped it up. Sadly, our time with the punk legends was cut short as we headed over to the Jagermeister stage for one last visit and the return of the stunning Alexisonfire. Tearing through the likes of “Boiled Frogs” and “.44 Calibre Love Letter” the band were simply unstoppable as the moshpit swirled around while grown men were almost in tears on the barrier as they screamed every word back at the band in what was one of the most unforgettable sets of the day.

A quick stop off at the Key Club stage before making our way over to the Main Stage saw us catch the end up of the incredible impressive Cold Years who, having caught a couple of tracks of their gritty rock, were soon added to our list of bands to watch again as soon as we possibly can. With original headliners Spanish Love Songs dropping out at the last minute, the headline slot was handed over to quirky Croydon folk-punk band Bears In Trees who made the most of their time, looking to enjoy their appearance at Slam Dunk.

However, it was over to the Main Stage for the return of pop-punk superstars Sum 41 who hit the stage in front of a wall of flames and into “Motivation”. After this attention-grabbing opener, the band put on the kind of performance you’d expect from a headliner. Through “The Hell Song”, “Out For Blood” and “Underclass Hero”, Sum 41 had really hit their stride as their long-awaited return to the UK proved to be well worth it. 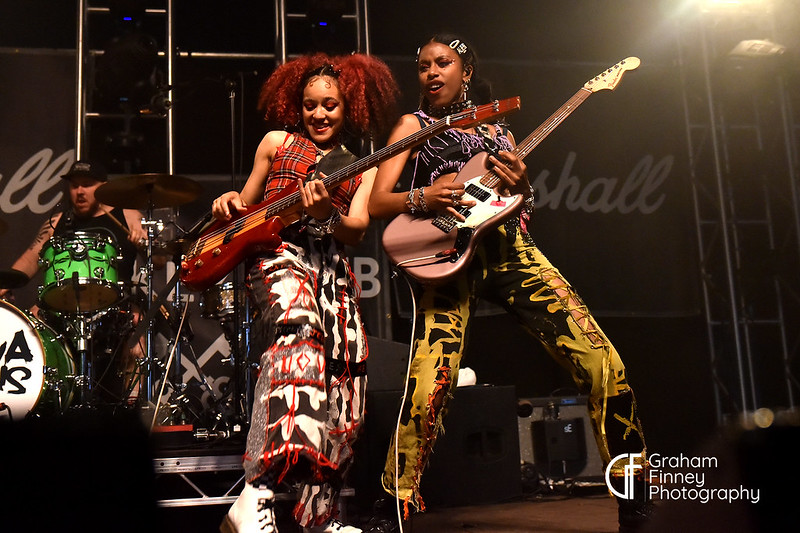 Obviously, when it came to wheeling out the big guns from their back catalogue, “In Too Deep” turned the front of the stage into a bouncing sea of limbs while people at the back stood huddled on tables singing along to every word of the pop-punk anthem. In fact, everywhere you looked, people were singing along in what was a joy to behold given the shitshow of a pandemic we’ve just come through. “Pieces” saw the band drop in a quick few bars of “Smoke On The Water” and “Seven Nation Army” while their cover of Queen hit “We Will Rock You” was followed by the hit single “Fat Lip”.

By this point Slam Dunk North 2022 was heading into the home straight and with the sound of “Fat Lip” ringing in our ears as we headed to the exit, it only remains to say that Sum 41 brought this year’s event to a brilliant climax and has already left us counting down the days until we’re back at Temple Newsam for one of the finest events on the rock calendar. 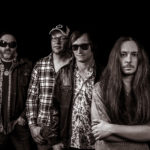