Our old friend Patrick Doval is up to his old tricks again, consistently pumping out premiere indie rock that belongs in a league of its own. Over the years, we’ve gotten to know Doval quite well, helping to debut a couple of his other singles and music videos, and we’re teaming up again for his new music video for “Soulless Machine.”

A video with a slick, post-modern look, the clip is a commentary on the “Soulless Machine” by which we as a society have become enslaved. Whether it’s a television or a smartphone, it’s all, in a sense, controlling our every thought, move, and impulse. The song itself features an infectious guitar riff and some epic drumming, provided by none other than Pete Parada, who spent 14 years as the drummer for SoCal punk legends The Offspring.

Explaining his vision for the video and how he got Parada involved, Doval says:

“I first filmed the video with just a storyboard and a vision and then wrote the song to the visuals, like a soundtrack. All along, I dreamed of having Pete Parada on drums for this track… I emailed him my song and video with my drum machine arrangement and after a few days, he got back to me and said he liked it. It was a dream come true for me and he literally shredded my drum machine arrangement to pieces, and I am just so grateful to have him playing drums on my song!”

Ever since his recording career really got going about 15 years ago, Doval has been on quite the tear. In that time, he has released six albums and produced 23 music videos, a prolific output that speaks to his talent and broad, comprehensive vision as an artist. His sound and voice have been compared to modern legends like David Bowie, The Cure’s Robert Smith, and the late great Jeff Buckley.

Beyond music, Doval has become highly regarded within the world of the visual arts, with many of his videos having been showcased at leading art stages around the world, such as Art Basel and the Wynwood Arts District of Miami’s Curator’s Voice Arts Projects. A highlight of his art career came in 2017 when he exhibited certain pieces from his “Lovers” series at Art Basel along with Hollywood photographer Robert Zuckerman.

With “Soulless Machine,” Patrick Doval has proven once again that he is an endless reservoir of musical creativity that’s redefining what modern indie rock is all about. 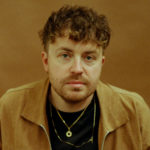