Do you believe in magick? Well, if you don’t, maybe Pathos & Logos can pique your interest, with their brand new EP, Cult. It’s an exciting day today for the Denver, Colorado duo, as they are pleased to be delivering their sophomore release, a heavier and more elaborate set of songs, as compared to their 2020 debut Glory To The Order. Along with the release of the EP comes the debut of their new music video for “Initiation.”

Guitarist Kyle Neeley and drummer Paul Christiansen are big believers in art and spirituality and have been since a young age. Since forming Pathos & Logos they have used this musical endeavour as a means of more thoroughly exploring themes of art and spirituality. Going back thousands of years, artists of various varieties have treated art as religion, and Neeley and Christiansen have taken this point of view, and arranged it in their own way, with their own language, concepts, and rituals.

Cult was written over a period of several months, with the duo spending countless hours writing and refining each note. As you would expect from an instrumental project, these songs cover a lot of musical terrain; a heavier release than Glory To The Order, featuring all of the dynamics and traits that were pursued on that record. There was a specific intent behind titling the EP Cult, partially meant to oppose the negative accusations that have been directed towards them for their focus on magick and spirituality. These songs are a statement, that Pathos & Logos are not involved in any negative activities meant to do harm, and they are not trying to attract people into joining a cult.

Along with the debut of “Initiation,” Neeley and Christiansen have joined us today for a special track-by-track rundown, elaborating on each song featured on this special new release.

“‘Initiation’ was written in an effort to grab people’s attention. It starts off slow and moody, and culminates into an all-out assault on the sonic spectrum. You can hear us transforming into the group we are today throughout this track. The artwork depicts the opening of a gate and the entrance of that gate is the acceptance of your journey through the release.”

“‘Novitiate’ was the first song we completed for this release, and is very close to us, as we were writing this song after dealing with the death of a family member. It’s aggressive and jarring, and that is exactly the way we were feeling at the time. This song may as well be called ‘Survivor’s Guilt.’”

“We decided to release this song as the first single because it highlights all of the aspects of our band in a concise and straightforward package. Even we were surprised at how fast this song came together with little to no alterations. The final product is basically the same as the demo, just with more polished production. This may be the heaviest song on Cult, and always get the crowd moving when we play it live.”

“‘Ivdex’ is another really special song on this release. Pronounced ‘You-Dex,’ this track features a chant that is in our own language. The chant is a triumphant celebration of arrival at the stage of becoming the Ivdex, or ‘The Judge.’ You have ascended and are now the true master of your fate capable of completely manifesting your own destiny. The album in its composition rhythmically and sonically is set up as a ritual, this being the final step in that ritual.” 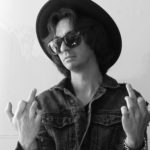 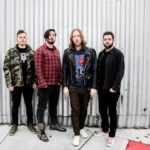