There are some debuts that eke out an initial effort, while others plant a flag in the ground in their attempt to make inroads into the music scene, while still others make a splash that can’t go ignored. IANAI’s debut album, Sunir, feels like the latter, even if, at present, it is languishing in relative obscurity.

For one thing, the deftly handled instrumentation and arrangement is cause for notice enough as it is. Woven strands of traditional strings are layered textile-like over sheets of electronic accents and orchestral pulses. First track “Savoj Icoil” is urgent yet hopeful, replete with wistful beauty and melancholy wonder, as the beginning of a journey caused by the burning down of one’s village. On the next track, synthesizers set a chilly backdrop over which tribal percussion and Trevenial’s haunting vocals emerge, while moments later, there are those strings again, speaking in a chorus of unending tragedy in expansive, forgotten motherlands. The wonder that’s woven comes together and builds, breathing in step with the spell with which the listener is seized and kept tightly grasped as the symphony unfolds.

As the album progresses, the urgency and angst don’t abate. Third track, “Manda Navaja,” samples winds of winter which form a more literal tundra backdrop, while the opening strains of an ancient horn sorrowfully mourn, only to be replaced by the charging phalanx of strings and drums and more heated vocals than previously heard. With a brief respite in the middle, the energy and pulse of the album continue recharged, beginning the second half of things with “Khaalo,” a decidedly more upbeat but still rueful journey theme.

But this debut is more colossal than most world music emerging today. IANAI collaborated with a cohort of musicians from the world music scene and classical orchestras, but also people from modern bands such as Massive Attack (UK), Client (UK), HIM (Finland), Sisters Of Mercy (UK), Theodor Bastard (Russia), Lord Of The Lost (Germany), Swallow the Sun (Finland), Souvenir Season (Germany), and The Rasmus (Finland).

Despite these collaborations, there is one guiding voice behind it all. And to say that the person behind the music is an enigma is, to put it mildly. All that’s been revealed is that the artist behind IANAI is known as “Trevenial,” who is described as “the single-entity, multi-instrumentalist voice from the other side of the veil.” It feels like a character in an epic saga.

And the saga feel is more than the sum of its musical counterparts. Just listen to this closing line from the press release for IANAI: “From a time before time; before the ocean swallowed Atlantis and the named gods sat atop their mountains. When the ancient ones roamed free, unburdened, IANAI whispers through the boundary of legends. With Sunir on the horizon, the question that remains is: when you hear IANAI, will you heed the call?” Hey, it’s only fitting the PR would be just as Olympic as the music, right?

Sunir succeeds in all the ways that sonic contemporaries like Explosions In The Sky and Sigur Rós do in terms of the acoustic, dramatic, cinematic, or ecstatic. It’s a soundscape fit to be soundtrack; indeed, it feels as though it is destined for film score, only for a film to which the terms medieval fantasy or rugged epic might apply. It’s a massive undertaking, and yet the execution feels broader and more primal than anything that assessment might convey. 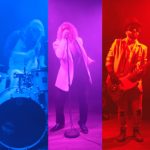 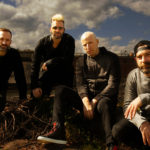