Fresh off the North American and European dates of the ŃBA Leather Tour alongside rapper Earl Sweatshirt, Boldy James, and The Alchemist, Action Bronson shut down the SummerStage with the energy of a game seven with home field advantage at Queens, New York’s Flushing Meadows–Corona Park on June 25th to headline a free concert for the community.

Statik Selektah kicked off the day with a DJ set lined with classics from Bobby Campbell’s “What You Won’t Do for Love” to “If I Ruled the World” by Queens’ own Nasir Jones. Two hours prior to the opening set by Statik, Bronsoliño was backstage doing mace swings and slamming a forty-pound Mjolnir into the ground like the god of Asgard up until it was time to take the stage. He would take brief breaks to walk along the barricade surrounding the area to sign autographs and take photos with fans who gathered around to watch the White Bronco.

As showtime approached, I asked him if he had a second to take a quick portrait in between sets which he eagerly accepted and turned his attention to my lens. Immediately after the shutter clapped, he said “Now I got a sweat to work back up, bro” as he gave me a fist bump and went right back to swinging the mace around his upper body.

While wandering around backstage, I heard a swift wind that caught my ear. Drawn to the sound, I had the pleasure to discover and speak with Nicholas Coleman, the Co-Founder and Oleologist at Grove and Vine, who was playing a flute-like instrument that I couldn’t identify. He kindly informed me that the instrument was called a Subhash Bansuri, a flute that comes from the Indian Subcontinent and Bronson had asked him to come down to the park to join him on stage for a song. Soon after this encounter, DJ Daringer took the stage to prepare the crowd for Dr. Baklava. With a fist in the air, he enters the sunlight to the heavy guitar of “Hound Dog,” the opening track on the Crocodile Turbo album released on April 29th. (Read our album review here.)

His fluent display of lyricism leaves no room for backing vocals and his musical artistry floods the stage as he incorporates different flavors into his work. Matt Carrillo aka Yung Mehico set the park ablaze with his saxophone solo on “Capoeira” followed by a transcendent journey led by Nicholas Coleman on the Bansuri. Later in the show, The Alchemist joined him on stage to perform “Red Dot Music” in honor of the late Mac Miller. Moments later, the music stops, and he exits the stage without saying a word. The crowd was confused and unsure what just happened until they started chanting for Bam Bam as he gloriously reappeared spitting water into the air like Triple H to close out the evening with his 2015 gem “Actin Crazy.” 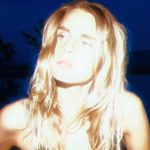 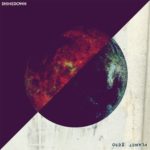