Don’t you just want to break free sometimes? It feels like there’s often something weighing us down, and amongst the largest anchors is that load we call love. The Sublets have some ideas on the issue with their new single “Finally Free” and its accompanying music video.

The song is very personal to lead vocalist George Chase, one he wrote a long time ago about the pursuit of growth and freedom from the burden of unrequited love. Navigating this area can be like an emotional minefield, full of potential hazards and pitfalls. It can even be a challenge to distinguish between what love is and what it is not. In some sense, wouldn’t it be nice to be free of all of this concern and anxiety?

Discussing “Finally Free” and its long-term importance to him as an artist, Chase tells us:

“There were times in my life where I was embarrassed by ‘Finally Free,’ and that’s a really vulnerable spot to be in. After you first write a song and put it out into the world for a while, if it doesn’t get solid traction, you start overthinking it. Maybe the song isn’t good; maybe people don’t like the band; maybe people just don’t like me. Then, later in life, as pop-punk starts to die off, the song isn’t relevant any more. Then you feel silly singing a song in your 20s or 30s that you wrote as a 17-year-old kid. It feels stagnant.

“But, this is the song that I kept coming back to the most, the song that kept pushing me to want to release pop-punk music. I’ve loved this song for so long. We experimented with different tones, production elements, and instrumentation. We played with all these different ideas, but at the end we just stopped overthinking it and let the song be what it was. I still love this song, and I hope it resonates with other people, too.”

Formed in 2018, The Sublets also includes bassist Daniel Lee and Stephen Nicholson on drums. The “Finally Free” video addresses Chase’s path towards maturity, as well as his history with this particular song. While the song has largely remained the same since the version he penned in high school, Chase now views it with more of a nostalgic point of view, which is represented in the video clip. For instance, there is footage of him shown playing the song live in his early 20s, which is contrasted with the current him, navigating the local streets around where he lived when “Finally Free” was written. So in a sense, it’s all sort of come full circle for Chase, as he bridges the gap between the old him and the new him. 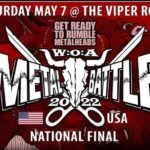 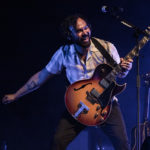