There are many things that you could associate brutal metal with but a lovely cuppa tea isn’t one of them. However, the two have now joined forces as Satanic Tea Co. released their debut single, “Blood Drenched Torture Chamber”.

“This release is the culmination of years’ worth of pent-up aggressive energy, and it’s only the beginning. We are headed back to the studio in the coming months to complete our debut EP and will be releasing a second single and music video before the impending album comes out.”

Having cut his teeth in various deathcore bands including Doom Cannon and Slumlord, Satanic Tea Co. started out as a clothing retailer which sold tea as an accessory.

“A metal themed tea company wasn’t something I was seeing out in the world, it’s all very baby blue, and pleasant looking branding generally. If I was starting a business, I wanted it to be a reflection of who I am and what I like.”

Marrying that with some face-melting grind, you worry that this is some kind of gimmick but the singer soon puts that notion to bed:

“The music we make is rooted in death metal and thrash, with influence from classics like Cannibal Corpse, Cryptopsy, and Suffocation, as well as a lot of the MySpace grind that was going around in the early 2000s. The goal with the music is definitely to be as extreme and ridiculous as we possibly can make it, to make people go what the fuck!? That’s what I have fun doing, and I want to see where that can take us.”

The song is accompanied unsurprisingly brutal video with Crucifix explaining: “Lyrically, it comes from a very real, dark place. The song is about the mental gymnastics constantly going on inside my head. The “Blood Drenched Torture Chamber” is where I have spent a lot of time in my mind struggling with depression, suicidal thoughts and the torture I put myself through because of the way my brain functions. Bad thoughts are put in a box, or torture chamber, in my head, and when things are getting pretty rough, they spill out and fester into my every day, making me miserable and closed off. Basically, no matter what I do to try and help my mental health, eventually, I feel like I’m where I started, feeling like there’s only one way out.

The video ends with me struggling with someone on the floor and striking them with a hammer. After the camera pans out, I am the one who’s actually dead on the floor, not someone else. My body did this to itself. In this scenario, the BDTC won.”

Despite Crucifix’s personal struggles, for both the tea company and the band, the future is looking very bright. The long-term plan is also to put together a full band and play live, Crucifix loving being on stage.

“The goal with the band is ultimately an outlet for me to get out my aggression, and one day hit the road on tour for world domination, at the same time helping our brand awareness – and possessing the masses with Satanic Tea!”

Asked how successful the tea company has been to this point is a hard question for a humble man to answer, but having been able to turn it into a full-time job, collaborate with acts such as Cradle Of Filth, Kittie, Bloodbath, Twin Temple, and Midnight, Crucifix is willing to put the necessary work in to build the brand.

“All I know is, if this is just the beginning, I’m excited for the future.” 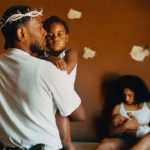 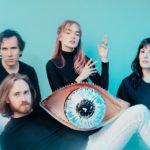