Isolation has been on the minds of, well, practically everyone for a long time now, and everyone has dealt with it in their own way. One thing that can be widely agreed upon though is that all of this solitude and aloneness has been Pretty Ugly, the oh-so-appropriate title for garage rockers Biblioteka’s brand new record, due on June 24th via Freakout Records. Recorded with Garrett Reynolds at Electrokitty Studios in Seattle, the album will feature ten new tracks of reflection and soul-searching, as the quartet tried to navigate its way through a global pandemic.

Today, the band unveils the brand new single “Tick Tock,” a preview of what’s to come next month when Pretty Ugly is released. It’s an upbeat, hard rocking, classic punk-infused track that reflects on feelings of paranoia and unease that are the result of isolation and drug use. There’s a real urgency that is very apparent throughout the song’s three and a half minutes, illustrative of the restless and anxious state within which it was composed.

“We wrote ‘Tick Tock’ in the peak of our pandemic craziness from the isolation. I was going through a case of writer’s block, consuming too many mushrooms and edibles, then the words just came to me as we poured all of our frustrations into writing this song. It became a fun and cathartic experience.

“‘Tick Tock’ touches on feelings of paranoia due to isolation and drug use, and feeling like time is slipping through the cracks of your fingers.

“As we were recording it, I had an unholy amount of caffeine while tracking the vocals. I remember sort of jogging in place in between the lines, and I feel like it really matched the energy of the song.

“The song was a no-brainer to become a single. It was the first song we wrote after going through the lockdown, and really jump-started this whole album for us.”

Formed in the mid-2010s, Biblioteka also features the power and the savvy of guitarist, keyboardist and singer Hillary Tusick, guitarist Hexx Rodriguez, and drummer Sam Nowak. Their upbeat songwriting is reminiscent of the style of The B-52’s and Blondie, but it also allows room for more garage rock sounds and grunge influences. They are at their most blunt on Pretty Ugly, a collection of musings on current and serious issues. “Where Did We Go Wrong” was inspired by the terrifying experience of the band members being attacked in an alleyway by a man with a knife, while other songs such as “Corporate Whore” are vintage anti-capitalist punk anthems.

This is a band with their finger on the pulse of what’s happening right now, and it’s all competently backed up with impressive punk rock appeal. 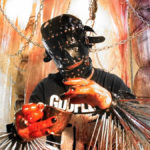 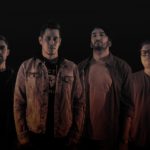