Jillian Antinora, mother and musician, released a Mother’s Day track entitled “You’re Worth It” on May 3. Antinora explains that her inspiration for the song came, of course, from her children. As a mother of six, Antinora knows well the challenges and triumphs of motherhood. In the chorus, she shares candidly that having kids encompasses both “the greatest joys and the deepest pains.”

Utilizing a stripped-back feel, the track includes the folky strings of Antinora’s guitar and her tender vocals to top off the song’s wholesome lyrics. “This is a song I wrote for my kids for Mother’s Day,” she explains. “They always give me gifts and make me feel special for Mother’s Day, and they recognize all the work it takes to be a mom.”

Despite the sweet sentiment, Antinora doesn’t sugarcoat what it means to be a mother. She sings about the pains of labour and the sacrifices she took in her career to be there for her kids, along with the fear that can overwhelm mother’s so often. In this way, the track reflects a true representation of motherhood in all its messy glory. Antinora explains that the message of the song came from a question her kids asked her: “Mom, why did you have kids, even though it can be hard sometimes?” Her answer was easy, “because you’re worth it!” “You’re Worth It” expresses gratitude, lifts up mothers and invites listeners to share in the love.

Jillian Antinora is the lead singer, songwriter, and guitarist for her compositions. Jillian was born in Belleville, Illinois. She grew up in Las Vegas, NV, and later moved to Colorado Springs, CO. Growing up, she studied ballet and was classically trained in voice as a lyric soprano beginning at age 15. In 1996 she moved to New York City to attend American Music and Dramatic Academy (AMDA) and pursue her dream of working in the theatre. She worked professionally in musical theatre around the U.S. and on cruise ships for 6 years before getting married in San Diego in 2002. She then lived in Sicily for 3 years where she studied opera. In 2008, she returned to Fort Collins, Colorado where she now lives. Jillian lives with her husband and their 6 children. Jillian and her husband TJ own 3 Subway restaurants, and Jillian runs her own real estate agency. 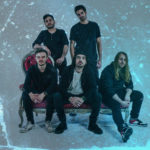 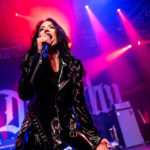