Nova Twins is a band perfectly poised for world domination, following some massive recent support slots with Bring Me the Horizon and Enter Shikari, plus gathering celebrity fans like Tom Morello and Elton John (yes, the actual Elton John) along the way. They are about to release their second album Supernova and have announced a tour of larger venues for later in the year.

It’s clear that this will be the last time anyone gets to see them in a small venue such as the Academy 3 in Manchester.

This show was a cause for celebration as not only was it the penultimate show of this tour, but it was also Amy’s birthday – so not only did we get a set full of stomping Betty Davis-tinged urban punk – but we got balloons and birthday cake too.

Behind the two mountainous banks of pedals at the front of the stage, the energy is electrifying – like a fork in a microwave. Georgia stomps around the stage throwing out pure stank from her bass, as Amy belts out a furious vocal assault. These two underpinned by a pummelling undercurrent of drums is a joy to hear. For anyone who loves loud music, Nova Twins are as loud as you can get. 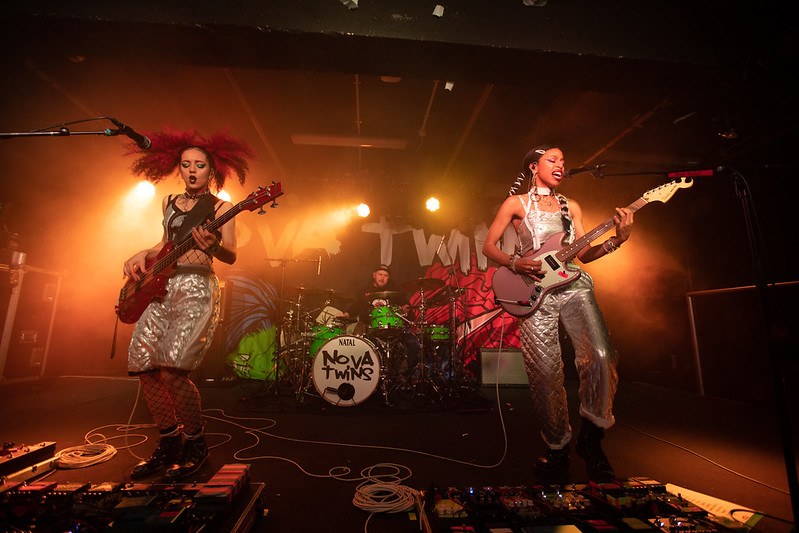 The 12-song set covered the new with “Cleopatra,” the old with a handful from their first album Who are the Girls? and the way, way back with “Bassline Bitch” from their first EP for the day one’ers. Clocking in at just under an hour, but not leaving anybody feeling short-changed, the set was a tight, controlled explosion of energy and aggression. It will be great to see how they build on this for the headline set at bigger venues when they have another album in the arsenal to draw upon.

They deserve every bit of success they get – widely touted as revolutionizing rock music they have put the work in to build a big, loyal following that currently sees them on the precipice of great things. Make sure you get to one of their shows in November and experience the best show out there right now. Who knows, you might even find yourself next to Elton John in the circle pit. 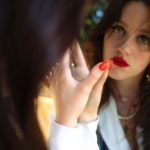 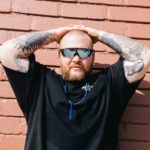