When it comes to her art, there’s nothing haphazard about anything that singer and songwriter SATE does. The Toronto-based artist recently released her latest record The Fool, named after the hero of the Tarot deck of cards. The Fool, in Tarot, represents new beginnings, optimism, keeping faith in the future, improvisation, and believing in the universe, themes that all play into this impressive new batch of songs.

Five years in the making, The Fool is a bluesy album, with a dirty rock vibe, produced alongside Hill Kourkoutis. It explores her connection to “The Fool” specifically, or as she describes it, it’s for “The fool in all of us.” For a sophomore album, it’s extremely musically progressive, putting on display an artist that is willing to take musical risks, while exposing herself to the vulnerability that comes with releasing ambitious works of art.

On top of all the songwriting and recording, SATE also took it upon herself to design all of the album and single artwork. Along with the album release, SATE also produced a new short film, directed by Andrew Hamilton, known for his previous work with Drake. The film is a tale of trusting the universe and embracing the journey that’s been laid out for us.

Today, SATE joins us for a very special track-by-track rundown of each song on The Fool, explaining the connection each track has to its matching Tarot card.

Shortly you’ll be given a poignant rundown, dubbed “The Fool’s Journey of The Fool,” of each song on SATE’s new album. Before that, please allow us to introduce SATE who, in her own words, kicks off things:

“Before I dive into my song and Tarot card matchings, I’ll start with a short explanation about the Tarot. There are 78 cards in the deck, 22 are called major arcana and the remaining 56 are the minor arcana. The major arcana are like trump cards. They represent significant lessons, landmarks or life events, while the minor arcana suggest day-to-day happenings. The minor arcana are much like a deck of playing cards, arranged into four suits ruled by the four elements – swords (air), pentacles (earth), wands (fire), cups (water). Accompanying Court Cards for each suit – Queen, King, Knight, and Page most times represent a person, either yourself or someone else.

“Because the album only focuses on the major arcana, here’s a short synopsis of the tracks and their corresponding Tarot cards.”

“‘0: loofeht’ opens the album and starts the journey. You would think that I would choose The Fool as the card to coincide with the start of the album, but I chose the Death card. Death is really about rebirth. It is about endings, but with endings come beginnings.”

“‘Dirty Little Lie’ is The Devil card. The Devil card speaks of temptation, vices, who/what we give our power to. This song is about being a Black woman in a system that can (if I let it) fetishize, stereotype and use the pain of me, and my ancestors to dehumanize me, and exploring the ways that I, either, reclaim or relinquish my power.”

“‘Howler’ calls on the Divine Feminine energy of The Empress card. She is a creator that stands in her power. When society, governments, or people think that they have governance over me, my body, etc, I remind myself (and them) that I am the powerful and sovereign creator of my own reality. This is also a nod to the book Women Who Run With The Wolves by Clarissa Pinkola Estes.”

“I hear voices, ok? Now we’ve got that out of the way. I hear voices that guide me on my life path. As I trust deeper into my self-knowing, I realize more and more that I’ve always been guided by voices, signs, visions, etc. This interlude is The High Priestess. It speaks to me trusting my intuition based on the messages that come through me. Here, I’m calling on three Goddesses that have called to me.”

“‘Nobody’ is about standing in my strength, vulnerability, and having the courage to always be my true self by leading from my heart. There have been many times in my life where I have felt passed over, worthless, or invisible. I wrote this song to remind me that I have something that no one else can offer the world because it comes through me.”

“This interlude was from a reel-to-reel tape I found of a four or five year old me singing with my mother after she transitioned last year. The song was called ‘Guardian Angel’ and of all of the mementos that I uncovered to remind me that she’s always with me and guiding me on this path, I chose this. I chose to pair this with The Star, to remind me that the universe is always conspiring with me and for me to always have faith in my dreams.”

“‘Famous’ is The Magician. The thing about the desire to be famous is that a big part of it is about being seen and loved for your talents. The Magician reminds us that we are not only connected to Source, but we ARE Source, so we have all of the tools to create and BE everything that we desire. This song is the swagger needed to wield your tools with confidence.”

“This interlude is The Moon card. It started from a stream of water that I’d recorded during a hike I’d gone on days before my mother transitioned. I hadn’t started reworking the album, but I knew that I wanted to add interludes, also knew that I would use this stream of water for something, but didn’t know what. This interlude speaks to the confusion and muddle that happens with my doubts and insecurities, but somehow, with breath and my intuition, I find my way through.”

“‘The World’ always ends then it starts back up again.’ This is The World card. This is a completion card, much like Death and The Fool, it’s an ending and a beginning simultaneously. This song is reflecting on the course of my life, the up and downs, the challenges, the triumphs, and how endings are beginnings.”

“Every single word, inflection and breath that flows through Ursula Rucker (my sister and superstar guest artist) ‘I’ve always been me, I’ve always been free’ is the perfect pairing to The Hanged One. This interlude takes the perfect moment to reflect, pause and look at things from a different perspective.”

“‘The Fool’ is, The Fool, kind of self-explanatory. I like to describe this song as my love letter to being an artist. It speaks to blind faith and the tests encountered along the way, but my soul calling. The Fool card is about new beginnings, trusting the step into the void. As artists, whether we’re in creation or performance mode, we are The Fool.” 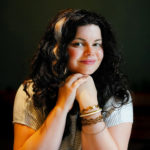 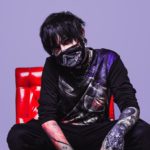