At a point in history when global anxiety is at an all-time high, the temptation to be hooked up, looped in, and up to date has never been higher. But, what if all of this urgency to feel connected is to our detriment? That’s at issue in Becko’s brand new single “Faceless,” an aggressive, punishing statement on all that bombards us and meddles with our minds in our current state of being.

The song, which features producer Prymus, is another new single off of the forthcoming You Are (Not) Alone album (FiXT), a highly anticipated batch of new songs that will feature a bevy of new collaborations with some of today’s premier metal, hard rock, and electronic performers and producers.

When asked about “Faceless,” Becko tells us:

“‘Faceless’ is about this ‘new social-media era’ where our mind is always connected, and the internet algorithm could influence our choices.”

The solo project of Italian producer and multi-instrumentalist Marco Calanca, Becko brings the worlds of EDM, hip-hop, industrial, and emo rock all under one roof. Now fully invested in his own music and career, Becko was previously a member of post-hardcorers Hopes Die Last. You Are (Not) Alone was primarily composed during the second pandemic-related quarantine in Italy, and it was in part inspired by his love of anime and manga. There are many contributors on this record, including Gizmo, IN6N, Stefan, Rhen, and Marry Me! Bellamy. Linkin Park’s Mike Shinoda produced the album’s first single “Darkest Days,” which features some sincere vocal melodies, along with the energy and intensity you would expect from a Linkin Park track.

The album is intended as a way to react to all of the bad things that can happen in life. It’s about the young man or woman growing by taking life into their own hands and overcoming their demons. Ultimately, it’s Becko’s way of using his music and songwriting to get to know himself more, and using it as a method of achieving his own catharsis. 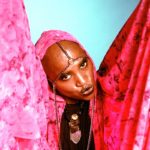 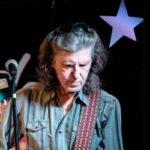